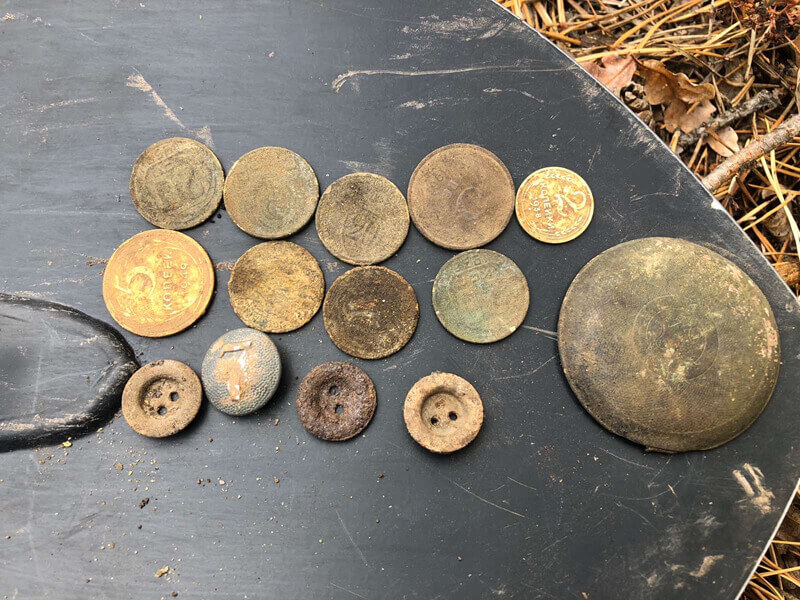 Treasure hunt technology takes one of humanity’s oldest dreams – sudden wealth – and pursues it with modern science and technology. Are you tempted by the get-something-for-nothing bug? Then let this guest post by Thomas Quarry show you how familiar and unfamiliar technologies might carry you forward. You may find it interesting, or even useful!

Have you ever imagined walking up to treasure hunt clues that may lead you to the discovery of eye-popping nuggets of gold buried in your innocently purchased land? Think about this for a moment: 1 ton of gold is worth $64.3 Million at $2000/oz. The Pink Diamond gemstone costs $1.19 million per carat. And in May 2018, a shipwreck with over $22 billion worth of gold was discovered at the bottom of the Caribbean off the coast of Columbia. The ship, tagged ‘Holy Grail of Shipwrecks,’ is considered the most valuable deep-sea treasure haulage of all time. Probably, your mind is saying it’s all a fantasy. But in fact, some pretty impressive finds have already been discovered.

Geolocation as a Treasure Hunt Technology

It’s disheartening to think that most buried riches from ancient times do not come with a treasure map. But there’s no call for alarm! Today, treasure hunt technology uses drones, planes and satellites providing high definition images of the search area, including supporting data such as elevation and terrain. The use of aircraft and satellites has become more efficient and effective with the incorporation of remote sensing features that can detect metals and classify objects within range.

In addition, technology has advanced casual treasure hunting into a sport, geocaching, in which teams compete to find purposely hidden objects. For example, a typical article describes the adventure of treasure hunt technology enabled by GPS geolocation. 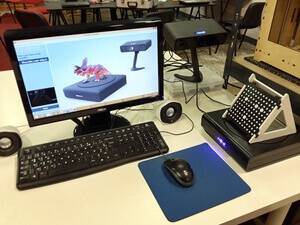 Sometimes hidden treasure comes with clues for potential scavengers or explorers, but those clues come in the form of glyphs, carved inscriptions or symbols. Ancient treasure hunters over the years only kept records of those symbols by documentation or sketching them in a diary. In contrast, today there’s a shift in paradigm as hunters now record digital data using a 3D scanner in new commercial devices such as Deep Seeker, TITAN GER- 1000, Gold Seeker, Gold Hunter and Easy Plus, among others.

A History Channel series features explorations carried out by the Lagina brothers on Oak Island. They adapted a Creaform Go!SCAN 50 scanner to search for a clue discovered a long time ago. It consists of a coded message inscribed on a rock. 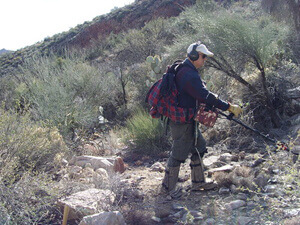 Treasure-hunting with a metal detector is an oldie tech system that has become indispensable for the Lagina brothers and others in the process of searching for treasure. In a comment credited to Marty Lagina, a metal detector is a piece of well-known equipment that can classify objects as medium depth, shallow, or deep. Moreover, the user-friendly device detects metal at different depths and distances, within a cornerstone or underground chamber where treasure might be found. For example, a Minelab model 3030 metal detector helped the Lagina brothers locate precious metals, including a three-hundred-year-old Spanish coin.

Radar to Showcase the Underground

Penetrating through the ground using radar is especially powerful for revealing metals. As a result, a device the size of a lawnmower measures depth from a few inches to thousands of feet down the soil, with the aid of a radar unit. The radar bounces electromagnetic energy off hidden objects and interprets the return signals. And the receiver generates an image display of underground features.

Sonar for Detection of Non-Metals

Would you like to make those pictures better? Then sonar may be a good choice for uncovering things that may lie under the ground, to determine whether they are worth your exploration. As a result, treasure hunt technology has embraced this device, which transmits and receives acoustic energy signals and renders a high definition view of hidden areas. Marty and Rick Lagina, at the concluding part of the second History Channel series, used this sophisticated device to scan a hidden chamber underground. Consequently, approximately 235 feet below ground level sonar revealed what may be a human-made chest together with two tunnels and a possible human body. 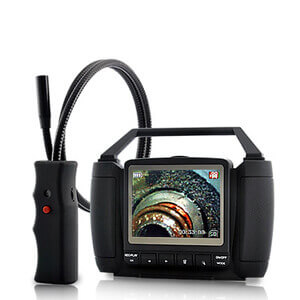 Why not carry out a preliminary treasure hunt with the use of these devices before digging, and get some assurance of treasure in areas you intend to explore? The snake camera is a waterproof endoscope system, with magnetic pickup attachment and LED lights. Conveniently, it needs an access hole only a few centimeters wide, and can explore closed underground areas.

In addition, remotely operated vehicles can carry cameras and capture video recordings of tight and unreachable areas. Moreover, these devices have some ability to record and retrieve items.

Exploration Through Excavation and Digging

Improved tools have also advanced the lowly act of digging. As a result, they have ignited and fostered a better interest in treasure hunting among scavengers. A modern treasure hunt can benefit from a variety of technologies, including digging implements.

Modern excavation approaches now attain depths and heights previously thought to be impractical. Digging and excavation of the soil has become much easier! That sounds incredible, right? You only need to use the appropriate device to fulfill your exploration desire. Specialized digging tools include the Lesche Digging tool and Predator Tools Rapture model 31.

Treasure hunting in the modern-day world has evolved from its traditional system of exploration and excavation. Therefore, it now employs new technologies that yield high quality sensor data with easy operation. Why not sit back and allow a device to lead you to those hidden fortunes? The time to utilize those opportunities is now. Tell us what you think!

Thomas Quarry is an American geologist and researcher who has traveled far and wide, exploring and discovering different treasures. He has written and published several articles and blog posts both at the local and international scene. Moreover, he is a staunch lover of video games and an enthusiast of quadcopter piloting.