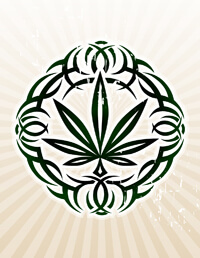 Often news anchors try to avoid making news, but in the case of CNN’s chief medical correspondent, he stepped right out and said, I was mistaken, weed isn’t so bad.

The problem seems to be that marijuana was classified as a schedule 1 substance (read: dangerous, addictive drug) in 1970 not because it had been proven to be dangerous, but pending further study.  And since then, 94% of the studies that have been carried out studied only the bad effects of grass.  In other words, biased science.

Dr. Gupta points out that pot is much less addictive than alcohol and nicotine, and for many people is the only effective treatment for intractable pain or psychic disturbances.

Science Speculation:  Since the repeal of Prohibition in 1933, there have been 80 years to study the good and bad effects of alcohol.  And during that time, governments have collected untold dollars in excise taxes.  (“Sin taxes” seem to be very popular, perhaps because we still have a streak of Puritanism in the US.)  We have had time to define how much blood alcohol makes you unsafe to drive a car, and we’ve also had time to learn that very light drinking – a drink every other day – may even increase your lifespan.

If we had 80 years to study marijuana, we would probably have a much more balanced knowledge about its good and bad effects.  However, legalizing pot would not help our scandalous prison overcrowding, since it is reported that only a tiny fraction of prisoners are there solely for marijuana-related offences.

Sanjay Gupta and marijuana – has the good doctor gotten too far ahead of society?  Just how far should we go, how fast?