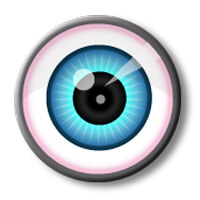 Science Fact:  Two recent news stories speak directly to the dilemma of Privacy versus Security.  Movies, Internet, literature, technology, even cartoons bring “privacy versus security” on center stage.  Let’s organize it and try to make some sense, at the price of a pretty long post — sorry!

First news item: Sixty Minutes aired “A Face in the Crowd: Say goodbye to anonymity”. Journalist Leslie Stahl was startled to learn how easily a toy drone equipped with face recognition technology could recognize her and call out her name.  The work is going on at a university, Carnegie Mellon’s CyLab, so why do we care?  Here’s why: Advertising and Law Enforcement.

Advertisers are working on technologies to identify you so as to tailor their ads to exactly what you might want to buy.  Think of the 2002 movie Minority Report: Tom Cruise is trying to escape through a shopping mall, while the mall recognizes him and bombards him with personalized advertisements. Advertisers are keeping a low profile on personalized advertising for competitive reasons and to avoid attracting public attention, but if CMU is this far along, you can bet the advertising firms are here or beyond.

Now, the Law Enforcement side:  The FBI and other agencies are also trying to recognize people, to identify and stop the bad guys who might hurt you.  Here, invading someone else’s privacy can directly contribute to your security.  Of course, machines recognizing people can get out of control, as the movie Elysium shows. The FBI won’t give out details, but their technology should be at least as good as CMU’s.

The Internet is another obvious venue where privacy versus security reigns. When even the next-door neighbor you think you know may be a serial killer, how can you trust an Internet transaction with a stranger? Which reminds us of the famous New Yorker cartoon: “On the Internet, nobody knows you’re a dog.” Yet eBay, PayPal, Amazon and others have made the anonymous Internet work, partly by vetting buyers and sellers, partly by offering transaction insurance.

We would like to positively identify the person on the other end, if for no other reason than to stop him from sending us spam;  however, perfectly honest people in many countries don’t want to be identified because of concerns about how their identity might be compromised or mis-used.  It’s true that a few people are required to sacrifice privacy: convicted sex offenders are required to (but frequently do not) register where they live.  Even in this case, however, the requirement only applies after someone has been seriously hurt.

Science Speculation:  Soon, there will be almost no privacy in public places.  Google Glass is a current high-profile example of people getting wired up and recording, and even publicizing, their lives. The term “Glassholes” captures the resentment this induces, but the fact remains that security cameras, both public and private, are becoming ubiquitous, with or without Glass.

A literary example: David Brin’s 1990 science-fiction novel Earth is considered to be “unusually prophetic” and according to the author’s Preface, describes “the most encouraging tomorrow I can imagine”.  That tomorrow had old people, each equipped with security cameras, gleefully goading young punks, knowing that if the kids violated their personal space they would be caught and severely punished.

We’re not there yet:  today, security cameras can help catch perps but don’t yet prevent assaults as Brin’s do.  There are many root causes for crime, and studies that try to comb through and understand the factors become complex and theoretical in a hurry:  for example, “Nonlinear Dynamics of Crime and Violence in Urban Settings”.  However, some things are clear: violent crime per capita is higher in larger cities;  and within those cities, poverty and other factors lead to “hot spots” requiring more per capita police presence than in smaller cities. Impersonal treatment in large organizations has a similar effect, captured in the now-quaint term “going postal”.

I don’t believe anyone is going to effectively prevent advertisers from learning everything about us so they can peddle goods to us more effectively; and when Facebook and iPhoto are identifying faces in random photos, I don’t believe we will prevent law enforcement from doing the same.

Today, we’re re-defining our expectations of privacy, partly to increase our personal safety, and partly because we seem unable to restrain the onward march of personal identification technology.

How can we cut the Gordian knot of Privacy versus Security? Are there ways to give the “bad guys” less privacy without risking evil consequences for everyone else? What do you think?

P.S. Thanks to Richard Hoffman and Lindsay Tyler for the Minority Report and Elysium references!