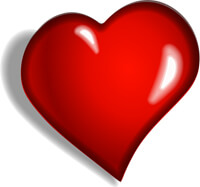 Happiness is something that we all want, almost by definition. The U.S. Declaration of Independence even enshrines it as something without guarantees, but that we have the right to pursue.

Happiness is so subjective and so personal that you’d think science would have trouble saying anything useful about it. Amazingly, researchers are not only learning how to predict our happiness, but what we can do to become happier.

Two recent studies are noteworthy. The first one predicts happiness in marriage. And the second one tries to help college students be more successful (and presumably happier).

In the marriage study, a group of psychologists from Florida, Tennessee and Texas got 135 newly wed couples to take part in a four-year study of happiness in marriage. To have as consistent a group as possible, all the participants were over 18, in their first marriage and childless (although of child-bearing age). The scientists recruited them in eastern Tennessee through advertisements in bridal shops and community newspapers, plus mailings to people who had submitted applications for marriage licenses.

How do you measure happiness, anyway? Well, you ask people whether they are happy. And when you ask newlyweds, they generally are somewhere between happy and deliriously ecstatic. However, what if you continue to ask them that question every six months for four years? Then the self-reported happiness decreases, sometimes a little and sometimes a lot.

Here comes the clever part: the researchers measured not only the conscious responses of the blissful couples. They also measured unconscious attitudes, so-called “automatic responses,” toward each other. The scientists hypothesized that unconscious attitudes at the time of marriage would be a good predictor of long-term marital happiness. And the results support that conclusion.

To measure automatic responses, the researchers flashed a photograph to the subject very quickly – a third of a secondThey they presented them with a “stimulus word” which was either very positive or very negative (for example, “delightful” or “disgusting”). The researchers measured how long it took the participant to identify the word as positive or negative. That time varied depending on whether the photograph was of their spouse, themselves, or an attractive opposite-gender stranger.

The researchers compared the positive-word delays to the negative-word delays. That measured how positively each person saw their partner, themselves, and opposite-sexed people in general. The idea was that if a man was flashed a photo of his bride and he unconsciously associated her with very positive feelings, he would more quickly pick out the positive stimulus words and would have trouble shifting his thinking to identify the negative words.

Now this may sound like academic stuff, fit for a Golden Fleece Award and not actually reflective of real life. Not true! The results were fascinating and significant:
– The conscious attitudes of the newlyweds toward their spouses were all very positive, as you would imagine.
– The automatic responses however ranged from very positive to quite negative, and bore no relationship to the conscious responses.
– And the payoff: the automatic responses, that is, the unconscious attitudes, close to the time of marriage predicted very well the marital happiness of the individual four years down the road.

So far, this might be a TV show (Will This Marriage Last?) or a daisy-plucking pastime (“he loves me, he loves me not”). You might imagine engaged couples not only wanting their partner to have a blood test but also an unconscious attitudes test, to see whether they were a good bet as a spouse.

Instead, let’s take the discussion somewhere else. The marriage researchers suggest that “spouses with more positive automatic attitudes may be less likely to perceive undesirable changes in their relationships and thus more likely to maintain their initial levels of satisfaction over time.” In other words, if you go into the marriage with a good subconscious attitude, you’re more likely to be happy in the long term.

Now here’s the leap we need to take, the leap that classifies this post as “Useful Stuff.” There’s evidence that you can change your unconscious attitudes for the better, so you can in fact favorably influence your future happiness. If this seems a stretch to you, then consider the results of another recent study, this one involving college students.

A team of seven researchers led by a professor at University of Wisconsin – Madison tackled a persistent problem in colleges. The problem is that “first-generation college students,” neither of whose parents finished college, have a lot of trouble in college. They get poorer grades and they drop out much more frequently than students with at least one college-grad parent. For people who worry about equal opportunity and fairness, this looms as a serious social problem. And this problem affects students of all races and backgrounds. The problem is not a small one – almost 20% of all college students in the U.S. are of this “first-generation” type.

The scientists studied almost eight hundred students taking an introductory biology course for biology majors. 19.3% of the students were first-generation college, closely matching U.S. statistics as a whole. The researchers asked which personal values were important to the students – such as creativity, career aspirations or independence. Then, they had them write about those values. The hypothesis was that this “values affirmation” would not only remind the students what was important to them, but reinforce the internal attitudes and motivations that supported their personal values.

The results were spectacular. Values affirmation improved final course grades as well as overall grade point average for the semester. Moreover, it increased the percentage of students who chose to continue to the second course in the sequence for biology majors. This straightforward exercise “narrowed the achievement gap between 1st-generation and continuing-generation students for course grades by 50% and increased retention in a critical gateway course by 20%.” Wow…talk about results!

The college student study makes it evident that some organized positive thinking can overcome lots of disadvantages and improve a person’s chance of success in his or her chosen endeavor. And the connection with the marriage study also seems clear.  If a favorable attitude toward your partner increases long-term happiness in marriage, and if a little conscious work can improve your internal attitudes, then it’s possible for loving couples to greatly improve their chances of happiness and togetherness, whatever may befall. Let the wedding bells ring out!

Is happiness a passing feeling for you, or does it seem to come from somewhere deep inside? And if happiness comes from inside, are there things you can do to increase it?