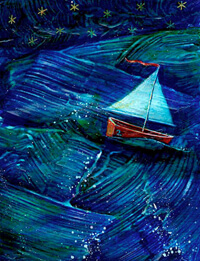 Sound familiar? It should. Dark matter pervades popular culture:
– The Force of Star Wars
– Dark matter nebulas in Star Trek
– Dark matter as an evil or powerful force in computer and video games

In the case of dark matter fiction has not only gone beyond science, it has cast off science completely and kept just a name or an idea. However, dark matter is a very specific idea in science. Like many things in astronomy, dark matter is mysterious, awe-inspiring and maybe, just maybe, of some practical use.

Who Cares About Dark Matter?

Let’s first talk about astronomers – why they are interested in dark matter. Then, the two new discoveries that are getting them excited. Finally, in the Science Speculation section we’ll address why dark matter is something that you or I or the man in the street should care about. (And never mind why he’s in the street.)

For thousands of years astronomy was a science of observation, of looking up to see what’s going on in the sky. However, in the 1600s scientists (“natural philosophers” as they were called at the time) became interested in explaining the motions of the planets. In 1684 Isaac Newton proved that a gravitational force that decreases as the square of the distance correctly predicts planetary motion, including the fact that the orbits of the planets have an elliptical shape. This amazing result – that a force (gravity) that we experience on earth might also explain the motion of stars, planets and comets – gave a tremendous impetus to astronomers’ desire to understand the evolution of the universe using mathematics.

Beginning in the 1930s scientists faced a dilemma: Newton’s theory of gravity, with Einstein’s improvements, was unable to explain many astronomical observations:
– The velocities of stars in galaxies, and of galaxies in clusters
– The rotation speed of galaxies
– Gravitational focusing (“lensing”) of star light by clusters of galaxies
– The pattern of microwave background reaching us from outer space

In addition, the universe seems to be not only expanding, but expanding at an accelerating rate, which says something about its content of matter and energy.

Scientists have been struggling to explain all this data and here is their best current theory: That there is a tremendous amount of matter (stars, planets and so forth) and energy (cosmic rays, microwaves, all that stuff) in the universe, much more than we can see. In particular, there’s five times as much “dark matter” (matter that we can’t see) as all the mass in the stars and galaxies that we observe. Moreover, there’s several times as much “dark energy” as “dark matter.” [Dark energy is postulated to help explain the expansion of the universe but at this point is just a theoretical construct, not something we can directly measure.] So together, dark matter and dark energy are the Godzillas of the Universe.

Astronomers and cosmologists want to understand the universe – where it’s been and where it’s going – and if all this invisible stuff is so important, they want to observe it, to make it visible and ultimately to understand it.

X-Rays from Galactic Clusters: An article in International Business Times references a NASA news release which in turn summarizes research by Esra Bulbul et al. The researchers studied x-ray images of galaxy clusters that were taken by two orbiting observatories: NASA’s Chandra and the European Space Agency’s XMM-Newton. After accounting for all the possible sources of x-ray signal, there was one mysterious x-ray line being emitted by all the clusters, at a particular energy – 3,560 electron volts, if you care. Since galaxy clusters are thought to be held together by gravity from a cloud of dark matter, the researchers concluded that a likely (though still unproven) source of the x-rays is emission from the decay of dark matter particles. 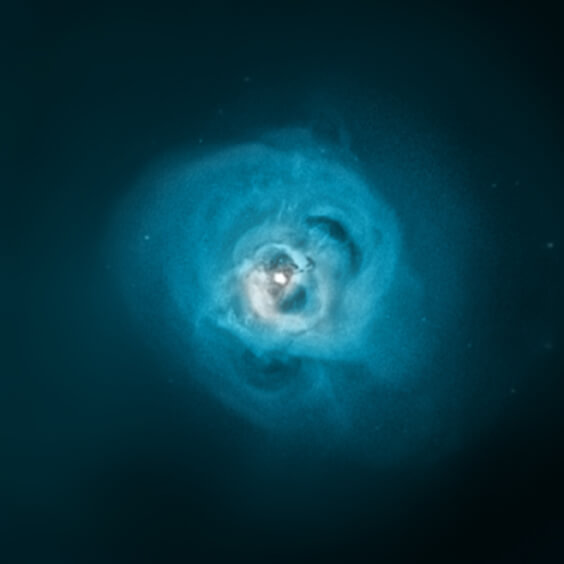 The Bulbul team’s work was confirmed independently and almost simultaneously by A. Boyarsky et al. They studied the XMM-Newton data and found the same unexplained 3,500 eV signal from both the Andromeda galaxy and the Perseus cluster.

Gamma Rays from the Central Milky Way. Another article, this one in Scientific American, describes work by Tansu Daylan et al. The researchers examine gamma rays coming from the center of our own galaxy, radiation which has previously been suspected to arise from annihilation of dark matter. After analyzing data from NASA’s Fermi Gamma-ray Space Telescope they give a number of reasons why the gamma rays most likely arise from dark matter:
– A very large number of observed gamma ray signals, of “overwhelming statistical significance”
– The signals can be predicted using “relatively few” adjustable parameters
– The model used is a “very simple dark matter candidate, without any baroque or otherwise unexpected features” [I love the terminology]
– Given the observed spectral shape (intensity versus energy) there are no plausible alternative explanations

Science Speculation: As promised, here are a few words about why dark matter is of interest to us today.

Why We Should Care About Dark Matter

In 1989 I visited the central research laboratory of Sony Corporation in Tokyo. My otherwise perfect filing system has lost my notes but as I remember it, the lobby had a bust of Sony co-founder Akio Morita. There was an plaque quoting Morita approximately as follows:

Though man cannot live for a hundred years, he should plan for a thousand years.

Morita’s statement made an impression on me then and still does today. It speaks to our human desire to live not just for ourselves, but for future generations, to take a long view of things. This long view encompasses understanding how the world and the heavens above may affect us not only today but in a far-off future. Thus in general curiosity and usefulness define the practical value of astronomy and space science.

Here are some specific reasons for the practical value of dark matter and such cosmic esoterica:
Past Payoffs:
– The study of planetary motions by Copernicus and Newton led to the theory of gravity, a key foundation of architectural design, civil engineering and aviation
– Space science and the study of solar flares has enabled our whole program in outer space, which in turn has given us GPS navigation, satellite communications and space-to-home television broadcasting
– The Lunar Rover and other planetary explorers have advanced the science of robotics and teleoperation, with direct applications in prostheses to assist those with disabilities, and robotic surgery
Future Possibilities:
– Movies and books aside, sooner or later an asteroid will come close enough to the earth to do a lot of damage, and a competent program of space observation and exploration could allow us to detect it and deflect it
– Understanding the immensity and diversity of the universe helps give us respect for the fragile miracle of life here on earth, and might, just might, motivate us to preserve it
– If indeed 95% of the matter and energy in the universe is “dark” or invisible, as we presently believe, that could have amazing practical implications once we understand it better

Dark matter seems far-fetched, yet past discoveries in astronomy have had many useful applications. Does the field of astronomy inspire you in any way?

Image Credits:
– “A Dark Stormy Night” (c) 2014 The Software MacKiev Company and its licensors. All rights reserved. Image may not be saved or downloaded and is only to be used for viewing purposes.
– X-Ray View of Perseus Galaxy Cluster, Credit: X-ray: NASA/CXC/SAO/E.Bulbul, et al.