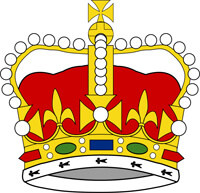 Science Fact: Despotism is one of the world’s most significant inventions. Like other earth-shaking innovations such as the wheel, written language and religion, despotism was independently invented in many lands during the same general period of time.

First, however, let’s peel away some of the negative PR surrounding “despotism.” You might refer to your boss as a despot (hopefully, not within his hearing), meaning that he is a petty tyrant. However, despotism is something else. Despotism as a form of government means that power is concentrated in the hands of one individual or a small number of individuals, who rule with no legal restraints whatsoever. This is distinct from a monarchy, in which the head of state may be subject to constitutional and legislative constraints.

Despotism is not necessarily evil. However, if “absolute power corrupts absolutely,” then it’s not surprising when dynasties fall, often through their own action or inaction.

Despotism arose during the Neolithic period, also known as the Late Stone Age, when agriculture began to replace hunting and gathering as the primary way to get food. The Neolithic period began around 10,200 BCE in some areas, later in other areas, and ended between 4,500 and 2,000 BCE.

Hunter-gatherer societies live in small groups that are very egalitarian. In fact, if someone tries to assert too much authority, other members of the group band together to suppress him by means ranging from ridicule to murder.

Social scientists have puzzled over the question of how our ruggedly individualistic ancestors could be happy accepting not only leadership, but complete control by the leader – despotism. A recent article by Simon T. Powers and Laurent Lehmann of the University of Lausanne, Switzerland pulls together many ideas into an integrated mathematical model that predicts how and when despotism comes about. If the full paper has too much math for you, I also recommend the media interpretations at LiveScience and Phys.org.

Many studies of human evolution are primarily concerned with reconstructing the historical record as it happened. However, evolutionary historians also want to know how and why social structures such as despotism occur. Scientists have proposed a number of factors that might favor or discourage the rise of despotism:
– Coercion by an individual who builds up an extra supply of resources by strength, cunning or fortunate circumstance;
– The value of leadership in coordinating group activities such as fishing, crop irrigation and warfare;
– How difficult it is for people to walk out on an overly domineering leader;
– Individual preference for autonomy versus being part of a group with a leader;
– The willingness of the leader to share surplus resources created by the group;
– Increased childbearing and population growth by leaders and others who have more resources.

Powers and Lehmann’s study is noteworthy for a number of reasons:
– They build a mathematical model that balances all the above factors in an integrated way;
– Their model offers a tool with which to reconstruct social development that occurred before our available historical record; and
– Like any useful theory, the model can be used to make predictions.

Their model derives results like the following:
– A small group of people may voluntarily accept leadership when the leaders provide an obvious advantage: for example, coordinating construction of an irrigation system that will increase crop production for all members of the group.
– Increased resources lead to higher population density: hunter-gatherer groups are usually below 0.1 person per square mile, but irrigation farming raises community density to the range 6 to 25. This higher density makes it difficult for people to survive independently of the group, because there is not as much land available.
– Despotism develops and continues when there are geographical barriers (such as deserts or mountains) making it too hard to simply walk away from a greedy or domineering leader.

In other words, leadership comes about when it helps the group cooperate. Then, leaders start taking too much of the profits for themselves. And we will be happy, or at least willing, to tolerate them when the cost of leaving is too great.

If this sounds logical, yes it is. However, the researchers have not only come up with an sensible narrative as to how despotism forms and becomes established; they have done so with an explicit model that can be debated, improved and tested. It’s more than just a logical argument, it’s concrete and quantitative.

Let’s speculate about where this work can lead us.

Science Speculation: Isaac Asimov, one of the most famous and beloved science fiction authors, beginning in 1942 built a series of stories and books around a fictional “science” invented by a fictional character (Hari Seldon): “psychohistory.” Psychohistory posits that large numbers of human beings behave and evolve in ways that are determined by their innate psychology and that can be mathematically modeled. From this model you can predict the broad scope of human history into the future. Although Asimov’s psychohistory is fiction, it is a fascinating enough idea to have stimulated discussion groups, thoughtful blogs (such as those by Mark Rosenfelder, Mark Cole and David Brin) and serious science.

“Psychohistory” was such an irresistible label that the name was even borrowed (in 1958) by psychologists to describe something else entirely: looking at the psychological motivation behind past historical events. In contrast, Asimov’s fictional psychohistory is a mathematical science that addresses future events.

The research by Powers and Lehmann, as noted above, is noteworthy for its use of mathematics to combine and balance many conflicting social forces and make predictions. Some might complain that their model has so many adjustable parameters that they can manipulate it to get any results they desire. And there are indeed many factors in their equations: I count 19 quantities, each with one to three options, for a total of 31 distinct factors.

How can such a complex way of predicting be proven or disproven? In several ways:
– The equations themselves express a logical argument that is subject to discussion and amendment;
– The factors in the model may be determined from independent studies of human group interactions;
– The model should be and no doubt will be tested and refined by applying it to as many historical examples as possible;
– As the model is fine-tuned, it will be used to make predictions that may be testable by additional anthropological research.

These steps are the same way any new theory develops and becomes accepted. What’s different in this case is that the theory in question studies human evolution using a mathematical model, which is not commonly done.

Because Simons and Lehmann reach so far in a rarely-pursued direction, they have made a concrete step toward realizing a more comprehensive, quantifiable model of human social behavior and evolution. Asimov’s “psychohistory” was probably not their goal, but nonetheless they have made a sizeable step toward bringing that fictional achievement into the real world of science.

Have you experienced despotism, near-total control of a work or social group by one person? Was it a bad experience, and if so how did you escape it?