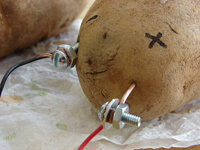 Science Fact: Brain games – those computer-based programs of mental exercises – make many promises. Why do brain games have such universal appeal? Because they may apply to every stage of life:
– Aging adults fear Alzheimers and other forms of dementia more than they fear physical disease. Can brain games keep seniors mentally young?
– People in university classes or on a career path often feel pressure to excel. Can brain games give adults a competitive edge?
– New parents want to give their offspring the best possible start in a complex and demanding world. Can brain games boost these toddlers up the ladder of life?

It’s not surprising that brain games are among the products that manage to break through the sensory static. It’s a billion-dollar business today, expected to grow to six billion dollars within six years. Subscriptions to one of these programs can cost up to $120 per year.

The fifty-plus companies have many plans for lightening your wallet:
– An annual “brain health checkup” that you administer to yourself via your computer or smartphone
– Brain testing to help amateur athletes diagnose and recover from concussions
– Brain games to help both you and your in-house teenager become safer drivers
– Brain games to prevent Alzheimers Desease, and computerized tests to tell whether you are contracting it

The sales pitches are (or used to be) pretty convincing:
– Rosetta Stone used to sell “Fit Brains” products. They advertised “Enhance your memory, focus and brain speed with our award winning brain training program designed by neuroscientists.” Rosetta Stone discontinued this product line in July 2018.
– Lumosity used to promise “35+ online games train core cognitive abilities such as attention, memory, speed, flexibility, and problem solving.” However, since the original posting of this blog, the link giving this claim has been removed from the Lumosity website.
– Cogmed brags: “We combine cognitive neuroscience with innovative computer game design and close professional support to deliver substantial and lasting benefits to our users.” They have previously made statements like the following: “Cogmed training improves your working memory. Your strengthened working memory allows you to perform better. The training creates the cognitive foundation you need to prepare for success.” (For current quotes, see these Claims.)

Of course, the principle caveat emptor, Let the Buyer Beware, applies to all marketing pitches – especially “scientific” ones! Nothing calls for more caution than a claim that the product’s value has been endorsed by scientists. Unscrupulous sellers may try to borrow credibility from the world of scientific research, while trusting that their target audience is not motivated enough, or sufficiently scientifically trained, to check the assertions.

The escalating claims by the purveyors of brain games caused great concern to the many scientists who study brain function, brain plasticity (the ability to learn, even well into adulthood) and how to stave off mental decline. Sometimes, not content with sticking to the laboratory, the conferences and the professional journals, researchers just get fed up and feel that they need to speak out. And that is the case with brain games and similar computer-based brain training.

A group of neuroscientists from Stanford University and Max Planck Institute organized a group letter that was published by Stanford. To date, it has been signed by 75 scientists, including researchers in the US, Canada, UK, Germany, Switzerland, the Netherlands, Sweden and Norway. The letter states that the makers of brain games use exaggerated and misleading advertising, making claims that are either unsupported by, or actually contradicted by, scientific research. The signatories are especially worked up about dementia; the letter says:

You may say, OK, so we have a battle of experts. Liar’s poker, if you like. Of course in this case, the experts who seem to support the company claims are few in number and in many cases anonymous, while those who say it’s all hogwash are numerous and very public.

But pontificating statements is a rather negative way to confront “brain games” advertising. Let’s instead summarize a fascinating research result in this area.

Portal 2 is a computerized maze-type video game in which the player takes on the role of a robot to confront a “lethally inventive, power-mad A.I. named GLaDOS.” Portal 2 has won a number of design awards and (with its predecessor Portal) has sold more than 8 million games. The evil GLaDOS is embedded in a computer run by, of all things, a potato battery, which pays homage to many references in popular culture. The photo at the head of this blog shows a lowly Russet potato generating a miniscule amount of electricity for a school science experiment.

A group of researchers at Florida State University recruited 77 undergraduate students and randomly assigned each of them to spend eight hours playing either Portal 2 or brain games from Lumosity. Each participant was tested for problem solving, spatial skills and persistence, both before and after the game session.

And the result? The Portal 2 players scored higher than Lumosity on all three tests, and the Lumosity players showed no gains on any of the measures.

What’s going on here? It stands to reason that if you spend time practicing something, you will get better at it. But that’s the point: If you spend your time working brain games, you get good at working brain games; you’ll be more familiar with their structure, and you will do better on tests of that specific ability. However, that learning rarely extends to any other area, and certainly does not make you more prepared to confront the complexities of life. In fact, as the Florida study showed, a complicated (and enjoyable) video game actually gives you more broad-based mental benefit than brain games that have been designed to sharpen your mind.

The Answer Lies Outside of Brain Games

There are indeed ways to enhance mental agility. Instead of playing brain games, neuroscientists suggest “reading, socializing, gardening, exercising, or engaging in many other activities that may benefit cognitive and physical health.”

The particular value of exercise is emphasized in three other recent studies, which focused on seniors:
– A group at Northwestern University looked at data for 2,286 adults 60 and over. They found a strong association between being sedentary – sitting still – and poor physical health. In fact, the chance of a senior being unable to perform some basic ADL (Activities of Daily Living) functions increased 46% for each hour spent sitting down, regardless of other factors such as exercise, income and health.
– Researchers at ten medical schools, led by Cornell University, analyzed data on 92,234 women aged 50 to 79. After an average follow-up time of 12 years, women who were sitting or resting for more than 11 hours per day had a 12% higher risk of death than those who were sedentary for four hours or less. These results were also independent of exercise, fitness level and overall health.
– A study at the American Cancer Society showed that people who spend more of their leisure time sitting have higher mortality rates, especially from cardiovascular disease, whether or not they exercise regularly.

It is known that exercise is a good stimulation for the brain and helps prevent dementia. However, the additional conclusion from studies like these is that even people who exercise damage their health if they are otherwise sedentary. Exercise is good for you, but if you sit down on the job of managing your health, you lose much of the benefits of exercise.

For people who sit a lot, whether by choice or necessity, I boil down the best advice as follows:
– 5 Minute Rule: Every two hours, get up and take a five-minute walk
– 1 Minute Rule: If you can’t do that, then every hour stand up and walk around the room for one minute.

Science Speculation. Clearly, training the brain to deal with the events of life is a complicated process, far more complex than playing a few brain games. But if your particular concern is with getting older, these various studies provide a beacon of hope. As the letter from the neuroscientists puts it:

…research on aging has shown that the human mind is malleable throughout life span.
…those who live cognitively active, socially connected lives and maintain healthy lifestyles are less likely to suffer debilitating illness and early cognitive decline in their golden years than their sedentary, cognitively and socially disengaged counterparts.

Have you tried, or been intrigued by, “brain games”?