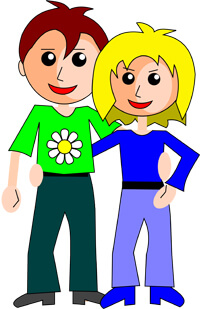 “Happy wife happy life” has scientific support thanks to some new research.

Where does “Happy Wife Happy Life” come from?

The origin of “happy wife happy life” is a puzzle. Blogger John Rice attempted to trace its source without much success. Comedian Jeff Allen believes that he invented the phrase, and so does musician Gavin Rossdale. It’s also a bit of a puzzle what “happy wife happy life” means. However, two recent pieces of research provide both clear meanings and confirmation.

There are good reasons for psychologists to study how couples feel about long-term relationships. People with poor marital quality have worse physical and mental health. Moreover, marital conflict (including non-violent conflict) increases the risk of dying. Conversely, a good relationship with one’s spouse can offset the limitations of poor health and improve the overall quality of life.

Most research has been carried out on married heterosexual couples. This research has helped define the stereotypes of husbands as demanding and wives as giving. However, recent studies of gay and lesbian couples show that relationships between “demanders” and “givers” are quite common, and gender-independent. Properly translated, results from studying of married couples probably apply to many other relationships as well.

Research that involves people is inherently difficult. That’s because human beings are complex, changeable and different from one another. In addition, many of the things we want to know, such as the extent to which a food additive might cause cancer, are subtle effects.

This type of research requires a large-scale study. It’s a costly proposition, but one that a government agency or a professional organization will sometimes undertake. And once such a study is ongoing, it makes sense to extract as much information from it as possible. For that reason, you will see many research articles based on different cuts of the same large data base.

The Carr article used the PSID data base described above. The researchers extracted data from detailed interviews with 394 couples. Both parties were at least 50 years old and one of them at least 60. The Iveniuk study took data from 953 couples aged 63 to 90, interviewed as part of a study conducted by the National Institute on Aging. In both studies, the couples had been together an average of almost 40 years.

Both the PSID data base used by Carr and the data used by Iveniuk included cohabiting heterosexual couples on the same basis as married couples. We will follow the terminology of the researchers and refer to “husbands” and “wives” interchangeably with cohabiting “men” and “women.”

OK, you might say, so what did the researchers learn from these studies?

The most revealing insights come from correlating the characteristics of one partner with the attitudes of the other partner. The two studies help us understand how husbands and wives each contribute to the success of long-term relationships.

The Iveniuk study found two characteristics of husbands that seem important if their wives are to rate the marriage as high quality:
– The man’s good health is crucial, because when the man is in poor health it places significant burdens on his female partner.
– The man also needs a quality that the researchers call “Positivity.” Positivity implies a combination of positive attitudes including openness to experience, conscientiousness and agreeableness.

Neither of these results applied when it was the woman whose health was impaired, or the woman who was less “Positive.” Those characteristics for the woman did not seem to affect the man’s assessment of the success of the marriage or his overall happiness.

It was also found that men who measured high on neuroticism, or low on Positivity, were more likely to have spouses who rated the relationship as conflicted or poor quality.

The Carr study found that when the woman reports a happy marriage, the man is affected in two ways:
– The husband rates the relationship more positively. And
– The husband reports greater satisfaction with his life as a whole, even when he does not rate the marriage very highly. Happy wife happy life, indeed!

It’s known that health issues such as disability strongly depress people’s reported happiness. However, for men, marital quality is twice as important as health in making them happy! The researchers found that a 1-point increase in marital quality (on a 4-point scale) associates with a 0.45 point increase in a man’s life satisfaction. On the other hand, being disability-free only leads to a 0.21-point boost in life satisfaction.

In addition, the researchers found that each person, regardless of gender, tends to rate both marriage quality and life satisfaction in the same direction, whether high or low.

Out of the countless studies about marriage and relationships, why have we have discussed these two? Because they are current, significant and complementary. And because they help unravel the hidden meanings of “happy wife happy life.” These studies also offer results that, with only a little extrapolation, suggest practical applications.

We each have many good reasons to take care of our health, including its impact on our quality of life as we get older. However, married men have yet one more reason to be healthy. That reason is, that their health directly impacts their wife’s overall happiness. In contrast, a woman’s health does not have much impact on her husband’s happiness.

In addition to staying healthy, the most important characteristic a man can bring to a relationship is a positive attitude, including being open to new things, conscientious and agreeable.

Just like health, everyone has good reasons to work for making a happy relationship. However, women have an additional reason. Whatever they can do to be happy in their relationship also greatly enhances their partner’s overall life satisfaction, not only within but also outside the marriage. To the extent that the man’s life satisfaction encourages him to show “positivity,” it further increases the wife’s happiness. In this sense, “happy wife happy life” is not only true from the perspective of the husband, but signals a mutually supportive interaction between the partners.

We should mention one caveat, which the researchers in both studies certainly recognize. These two studies involved older couples. Those couples evidently had good compatibility since they had many years of staying together. The results might not directly apply to couples under 50 years of age.

On the other hand – younger couples who follow these precepts might very well enhance their chances of joining the population of happily married older folks!

Does happy wife happy life seem to make sense in your experience? What other factors do you feel strongly correlate with happiness in and out of relationships?