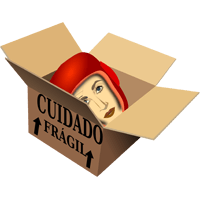 Science Fact: Head transplant, otherwise known as full body replacement, is the ultimate makeover. Swap out your entire body! In a single treatment, you instantly cure heart disease, abdominal cancer, back pain, constipation and ingrown toenails. All you need is some futuristic medical technology and, oh yeah, a nice healthy donor body.

You may have seen an e-mail that begins “If my body were a car, this is the time I would be thinking about trading it in for a newer model.” Well, neuroscientists have been getting that mail too, and one of them is ready to step forward and put one person’s head on another person’s body.

Dr. Sergio Canavero, director of a neuroscience “think tank” in Turin, Italy, made such a proposal in 2013. In June of this year at a conference he plans to offer his colleagues a project plan to perform a successful human head transplant within two years.

It’s not hard to see potential medical benefits from such a project. Organ transplantation, although difficult, has been carried out successfully for heart, kidney, liver, lungs and other organs, as well as other tissues and body parts. Great progress has been made in overcoming problems with immune system rejection, and organ transplant has become a recognized procedure. The same reasons that prompt organ implants – injury, disease, organ failure – would motivate whole-body transplant, which is currently being called head transplant, if it were medically possible.

Dr. Canavero’s proposal involves a team of 100 doctors performing a thirty-six-hour head transplant surgery, followed by four weeks of induced coma during which the patient is given time to heal. The techniques proposed to encourage the many nerve endings to connect, the most difficult part of the program, are fascinating but highly experimental. The ambitious head transplant operation is estimated to cost $13 million.

Canavero did not have to wait to present his conference paper to begin receiving passionate objections:
– Ethics. Who would be eligible for such ambitious surgery? Would the rich be first in line? Would a black market in bodies develop, as reportedly exists for organ transplants online and in China? Would people opt for new bodies for cosmetic or psychological reasons?
– Technical Feasibility. Neurosurgeons who were interviewed by the media were skeptical about the feasibility. The joining of nerves so that they will knit and resume full function is a highly risky procedure, despite a few successes.
– Psychological Problems. The “phantom limb” phenomenon is well known in the case of amputees, sometimes causing considerable persistent pain. What happens when the entire body is replaced?
– Yuck Factor. Head transplant operations performed in the past on rats, dogs and monkeys have not been visited with great success. The subjects gained no nerve functionality and generally died within hours or a few days, attracting modest scientific interest plus a great deal of protest from animal rights groups. The prospect of extending such experiments to human beings, with the significant risk that the patient will get worse or die, amplifies the inherent yuck factor in such research. Most researchers, and most countries in which they are housed, will simply not touch this area.

As Financial Times wittily concludes, “At least for now, the idea of head — or body — transplants just does not have legs.”

Perhaps it’s best to view Canavero’s proposal as one of those Grand Challenges – think of the Race to the Moon, the Large Hadron Collider, or the quest to eradicate major infectious diseases such as tuberculosis and malaria. If an international project were launched to develop a safe and reliable head transplant technique, it probably would not reach completion within Canavero’s optimistic two year schedule. However, the collateral spinoffs of the collaborative effort would undoubtedly benefit neurological and vascular surgery, the control of tissue rejection, tissue healing under induced coma, and other critical needs in medicine.

Science Speculation: Head transplant is certainly a far-out procedure, but you may wonder, why stop there? Just move your brain to a new body and be done with it. Then you can also opt for a prettier face, or banish balding. To say nothing of avoiding those Frankenstein’s-monster scars around your neckline.

Science fiction is good at grasping the nettle, so to speak, and jumping to the end point. A 1942 sci-fi classic by Curt Siodmak, Donovan’s Brain, was so popular that it inspired three movie treatments plus numerous borrows and spoofs. In it, an evil industrialist crashes his plane, but his brain is rescued and kept alive in a glass tank. The brain telepathically takes over the mind of its rescuer and wreaks havoc until it is cleverly stopped and destroyed.

Since Siodmak’s book and movie, the idea of a living disembodied brain has found a conceptual home in psychology and in biology, and in fact the brains of animals have been sustained in this manner for as long as days. So it seems just a small jump to put that brain into a body.

Unfortunately, if a head transplant is difficult, a brain transplant is even more so. In addition to providing connections to the spinal cord and blood supply, you have two additional complications: more than a million nerve fibers connecting the brain with the eyes, and the fact that the brain is a delicate, fragile organ that depends upon the skull and surrounding tissue for support.

If you can keep an isolated brain alive and, more speculatively, communicate with it, other possibilities exist that might be easier to carry out than a head transplant:
– Direct control of a robotic body; this is a natural extension of current work using existing nerves to control prosthetic limbs.
– Mental control of a human body whose brain has ceased to function; in other words, wi-fi control rather than actual brain implant.

But here again, fiction has jumped far ahead of science: horror and sci-fi authors would simply implant your personality into another person’s body, displacing anyone who happens to be mentally present. This creepy notion has been well explored in Star Trek, Dr. Who, Buffy the Vampire Slayer, Avatar and Anne Rice’s The Tale of the Body Thief.

Fortunately for those who are inclined to worry, science does not currently see a way to transfer personalities between individuals. Thus far, the unique essence that makes you you remains beyond the reach of both virtuous and evil researchers.

Head transplant technology appears to be coming, eventually, whether we like it or not. How should society deal with its many implications?