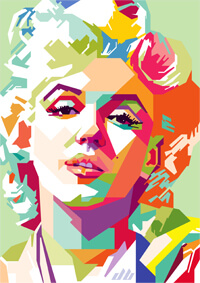 Science Fact: GMO humans – that’s people, genetically modified: the latest collision of science with ethics. If you’re uneasy about eating foods that are GMO (Genetically Modified Organisms), how do you feel about people designing their next child from an online genetic catalog, then picking up the embryo at their convenience?

Would you be happy with a baby, configured as if you were ordering a new laptop? If you find that idea distasteful, you will easily understand the firestorm of criticism that greeted the latest Chinese bio research.

The UK Telegraph had the apt headline: China shocks world by genetically engineering human embryos. The article went on to summarize research led by Junjiu Huang at Sun Yat-sen University, in which the scientists tried to replace a defective gene in a human embryo. They used a technique known as CRISPR/Cas9, which has become recently popular for gene editing.

The researchers took steps to ward off the criticism they knew would be aimed at them:

Despite these misdirections, biogeneticists were not fooled, and recognized the work as stepping boldly over a shaky ethical line that had restrained many previous researchers. The leading journals Nature and Science refused to publish the article due to ethical concerns, and the Chinese team eventually published in the journal Protein and Cell.

While the Chinese team was shopping for a receptive publication venue, news of the work percolated through the biogenetics community. A team of eighteen Nobel Laureates and other luminaries had met at Napa, California in January to discuss bioethics. The group accelerated its follow-up discussions to develop a policy statement that they published in Science magazine on April 3, just two days after the Chinese article was accepted for publication.

The policy statement notes that current technology “allows any researcher with knowledge of molecular biology to modify genomes” and calls for a moratorium on creating GMO humans. They call for open discussions between scientists, attorneys, bioethicists, government agencies, interest groups and the general public to develop generally agreed guidelines on what should and should not be done.

It’s worth pointing out that the Chinese work was not that successful, at least at this early stage. The researchers treated 84 embryos, of which 71 survived; they tested 54 of the survivors. Only 28 of these had their genes successfully spliced, and only a fraction of those contained the desired gene replacement. Even worse, the gene manipulation technique led to a large number of unexpected mutations in completely unrelated genes. However, the researchers accomplished what was presumably their goal, to have the fame and notoriety of being first to charge into the DMZ of GMO humans.

Since at least four groups in China are attempting to modify genes in human embryos, we can expect additional attempts to engineer GMO humans.

Science Speculation: To me, the ethical objections to GMO humans do not draw a sharp line between good and evil – they occupy a continuum.

Ethical concerns about GMO humans may be placed along a classical “slippery slope,” leading from life-saving science to panic-inducing meddling:

Thus we might start out trying to cure a disease, but rapidly evolve to playing God with the human species.

The Un-sapient Actions of Homo Sapiens

There have been many spectacular failures when humans have tried to improve on nature by introducing species that later became invasive.

Here are a few notable examples of human failures in tinkering with the natural world:

Of course, the accidental spread of species by human carelessness or lack of awareness is even more common than intentional introduction.

Science is unfortunately amoral, lending itself to both good and evil purposes. Even the well-meaning scientists who try to guide global research along ethical pathways have almost no control over the Wild West world of biogenetics.

However: although we humans are not as smart as we think we are, we are generally smarter than we act. Those smarts help us be happy no matter what changes are coming down the pike.

So I think there’s a good chance that at the intersection of economics, politics, ethics and public sentiment, new rules and norms will develop. Those may provide some guidance and restraint, even for those who have the hubris to want to create GMO humans.

GMO humans – a cause for alarm? Or is it one more technical development that will gain cautious social acceptance?