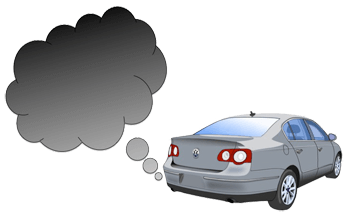 How could a respected and successful company like VW cheat eleven million of its loyal customers?

“Dieselgate” is one name for the scandal that is shaming Volkswagen, the world’s highest-revenue vehicle manufacturer. This blog summarizes the facts, then poses and tries to answer the pressing questions that the VW cheat raises.

Science Fact: There are many news articles dissecting the VW cheat from any perspective that you prefer:

New revelations are occurring almost daily in this story. However, it will be years before all the implications of the VW cheat come to light. Along the way, we can expect a fifty-page article in the New Yorker magazine; several tell-all “exposé” books; a multi-part TV documentary; a star-studded Hollywood movie; and eventually, a Harvard Business School Case Study. But already, it’s reasonable to ask: What happened? How did it happen? And how does that affect our everyday lives?

I have collected here the bare facts about the VW cheat, to make sure we have the same starting position. Then I’ll present the questions that occurred to me, and try to answer them for you.

For a half-dozen years VW has been extensively advertising its super-clean high-MPG small diesel engines, the TDI 2.0 (liter) and the TDI 1.6. Clean exhaust and efficient operation are conflicting requirements for diesel engines. Both are most compatible with large truck engines. Nevertheless, VW seemed to have found the sweet spot with its proprietary design and engine control software.

A nonprofit organization, the International Council on Clean Transportation, wanted to use VW’s accomplishment to persuade European regulators to adopt tighter emission controls, similar to those in the U.S. So ICCT hired researchers to collect data on low-emission performance by VW and BMW vehicles.

Most emissions tests occur in a laboratory, with the car running on a chassis dynamometer, a sort of treadmill. However, ICCT wanted more realistic data, reflecting true highway conditions. So in 2013 they issued a contract to the Center for Alternative Fuels, Engines and Emissions (CAFEE) at West Virginia University. Their laboratory includes a variety of vehicle testing equipment, including portable equipment that can measure emissions while someone is actually driving the car.

CAFEE tested three diesel vehicles for ICCT: a 2012 VW Jetta, a 2013 VW Passat and a 2012 BMW X5. All three supposedly satisfied the tight emission standards of the California Air Resources Board (CARB). However, on the road the Jetta emitted 15 to 35 times the allowable limit of nitrogen oxides, and the Passat 5 to 20 times the limit. The BMW emissions on the highway remained under the CARB limits.

The CAFEE team presented their results at a March 30, 2014 conference in San Diego. In May, ICCT posted both a summary and a full report on their website.

Q and A Reveals the Perp

Since the team only tested three cars, their published reports did not disclose the make or model of the cars. After all, the vehicles that failed the test might have had some mysterious rare defect that made them not representative of their model type. However, both CARB and the Environmental Protection Agency (EPA) sponsored the conference. Therefore, scientists from both organizations were present in the audience. And someone had the wit to ask the question, OK, which specific cars did you test?

The regulatory agencies don’t do very much of their own testing. They rely on self-reporting by vehicle manufacturers, who supposedly follow EPA’s vehicle testing procedures. But when EPA and CARB became aware that two VW diesel cars spectacularly failed their emissions road tests, they spent the next year intensively testing various VW models in their own laboratories and questioning VW about the results.

At first, VW claimed that the poor emissions results were the result of errors in their engine control software. In December 2014 they recalled 500,000 vehicles for reprogramming. However, EPA testing still showed emissions above legal requirements.

The EPA is Clever

EPA then took a very sophisticated tack: they studied VW’s engine control software, some millions of lines of code. They discovered a subroutine that sent suspicious commands to the emissions controls. EPA confirmed the cheat by adjusting their lab tests to pretend that the car was on the highway: its emissions immediately zoomed up. With this (literally) smoking gun in hand, EPA told VW that it would not certify its 2016 models for sale in the US unless this problem was resolved.

The threat of non-certification, which would have blocked all sales of new VW diesel cars in the US, was so scary that VW gave up. EPA’s letter to VW states that VW programmed its car computers to operate in two different modes: a “dyno calibration” that adjusts engine settings during laboratory tests, and a “road calibration” giving different settings for normal driving. The lab settings minimize nitrogen oxide emissions; the normal driving settings maximize fuel economy and performance, at the price of substantially increased emissions. The EPA refers to VW’s “dyno calibration” software as a “defeat device” intended to cheat the tests.

Some now claim that VW received warnings from supplier Bosch in 2007 and from its own employees in 2011 about the illegality of its actions.

The VW cheat undermines public trust in the Volkswagen company, which has so proudly trumpeted its clean diesel cars. It may also make the public mistrustful of all diesel cars. Even worse, the VW cheat calls into question the ethics of the automotive industry and the regulatory process that supposedly protects the public. How can we be happy with our new wheels when we can’t trust the company that builds them?

The immediate implications of the VW cheat are startling:

Science Speculation: As noted above, media have reported the VW cheat story from many different perspectives. However, there are still many unanswered questions. I will pose a few of them, and try to help you be happy with some answers:

How Does the Car Computer Know When the Car is in a Test Lab?

The computer in your car is the Engine Control Unit, or ECU. It collects a great deal of information from sensors all over the car, and uses them not only to adjust the engine but also to alert you to problems via warning lights and diagnostic messages.

The essence of the VW cheat, as described by the EPA, is that the car’s computer knows when the car is in a test lab and temporarily re-tunes the engine for low emissions. At this time, only the software engineers at VW know exactly how the VW cheat was implemented.

How Difficult is it to Re-Program the ECU?

Once the ECU determines that the car is in a test, everyone agrees that it’s well within the capability of the ECU to perform the VW cheat. However, the estimate of programming difficulty depends on whether you ask a software expert or a vehicle engineer.

Here’s what the Dieselgate articles say:

How Widespread is Corporate Cheating, Anyway?

Dramatic crises like the VW cheat scandal force us to make comparisons. It’s a human survival instinct: we want to know whether we are witnessing a nuclear annihilation of traditional values that portends the imminent destruction of civilization; or simply the expected normal behavior of large corporations in which liability limits mean that no one feels truly responsible.

Here are some examples of deceptions similar to the VW cheat, courtesy of other manufacturers:

Therefore, the VW cheat is not VW’s own invention. It’s simply more blatant, more widely implemented, and more deceptively advertised than many of its forebears.

Deceptions like the VW cheat don’t give rise to lurid photographs of deadly chain-reaction collisions, because increased tailpipe emissions are not an immediate safety hazard. However, they increase air pollution, which in turn is estimated to cause 58,000 premature deaths per year in the US alone. The lack of bloody images means that the VW cheat is not causing the level of consumer attention evidenced by, say, Takata’s 34 million (potentially) exploding airbags or GM’s $900 million fine for faulty ignition switches.

There have been many safety recalls in recent years, but in most if not all cases the companies did not intend to sell a hazardous vehicle. Some would argue that any safety defect represents inappropriate priorities by the company and is therefore both immoral and illegal.

However, those who study the industry generally feel that the modern automobile is an exceedingly complex system which absolutely no one can design and build with zero flaws; and that the steady decline in fatalities per 100 million miles traveled attests to the fundamental soundness of our automotive safety regulatory process.

The same is evidently not true in other industries. One of the New York Times articles recalls a 1999 earthquake in Turkey that killed 17,000 people. Many of the deaths were due to the total collapse of substandard buildings constructed in blatant violation of building codes: for example, using too much sand in the concrete and omitting internal reinforcing rods. In contrast, this month a similar earthquake in Chile killed only 20 people, because Chile strictly enforces its building codes.

Thus, while the VW cheat is certainly a big deal for Volkswagen, it does not cause the immediate tragic loss of life posed by some other types of company malfeasance.

The last worrisome question has to do with ethics and regulation. The VW cheat illustrates the conflict between short-term profit and long term risk; and the role of personal values within the business model that undergirds capitalism. There is no pat answer to this question, but we can illuminate it by seeing comments posted by the engaged and articulate readers of Financial Times and The Economist. The following are edited versions of the quotes that I find most illuminating.

Plus these from The Economist:

These thoughtful voices illustrate the fundamental dilemma underlying industries and their regulation. There is no perfect mixture of ethics, values, priorities and role of government that will satisfy everyone, or be valid for all times. It is the job of corporate management, government leadership and the voice of the public to continually negotiate and re-negotiate the balance of power and responsibility that best serves the long-term interest of our human species.

How do you think the VW cheat ranks among corporate misdeeds? What role do you see for corporate social responsibility versus government regulation?