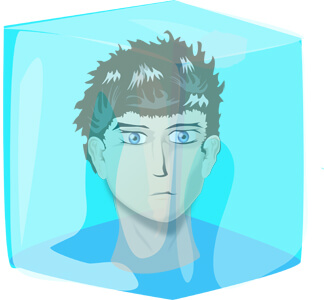 Part 1 of today’s blog nibbles at the Meaning of Life. We find it too broad a topic, and home in on one of its most popular answers: Immortality.

Immortality comes in two flavors. There’s a high-tech variety for the geek. And there’s an ordinary, straightforward variety available to everyone, geek and non-geek alike. Today’s Part 1 installment addresses the geek approach; next week’s Part 2 covers practical approaches to immortality that can be realized without requiring stupefying advances in technology.

And the Meaning of Life and Immortality is…

The most notorious answer to the Meaning of Life was of course given by Douglas Adams’ Hitch Hiker’s Guide to the Galaxy in 1980 and that answer is “42.” The answer was so succinct and unexpected that it spawned a veritable industry of people trying to explain “why forty-two?” Unfortunately, the question to which “42” is the answer is obscure. That puts the seeker for knowledge back to Square One.

Go Forth and Multiply?

The Meaning of Life and immortality was vividly illustrated for me around 1980. My ex-wife Kitty and I signed up for group couples therapy at UCLA. A half-dozen male/female couples sat in a circle with a psychologist who stimulated discussion. This interaction supposedly improved, or even resolved, the rough edges of marriages.

Kitty and I had decided by that time not to raise children, partly because neither of us had grown up in a close-knit family, and partly because those years that I wanted children she didn’t, and vice versa. We mentioned our childlessness to the therapy group in one of the tell-us-about-yourselves interchanges. We were startled when we immediately received an angry and forceful reaction from the couple sitting across from us. With his wife nodding agreement, the husband said something like this: “Why…you’re nothing but consumers!”

And What Did We Think?

If they meant to shame us into going forth and multiplying, that was not the result. Kitty and I were not upset but rather bemused. The outburst said more about the speakers than it did about us, and we chose not to respond. The moderator struggled to create positive energy from the comment, then gave up and changed the subject.

In any case, it seemed clear to me that to this angry twosome, the Meaning of Life and Immortality was to pass along your genetic material, or at least to imprint your values and wisdom on the next generation. For them the meaning of life and immortality boiled down to having children who would survive you. That anyone would choose not to populate the world with offspring was, to them, simply inconceivable (pun intended).

The meaning of life and immortality have been addressed it seems by every philosopher, every religious teacher, every life coach – and perhaps, by almost everyone at one time or another. Wikipedia gives a fine summary of the related questions, with no less than seventy-eight bulleted “popular views” that give various answers.

Here’s my point: a number of the Wikipedia answers dodge the Meaning of Life question by saying that what really counts is what you leave behind, which sounds to me suspiciously like living past death, e.g. immortality. Here are a few examples:
– To spend [life on] something that will outlast it.
– To have made some difference that you have lived at all.
– In addition, to survive…as long as possible.
– To replicate, to reproduce.
– To leave the world as a better place than you found it.
– And finally, to enter heaven in the afterlife (and similar post-life religious goals).

These answers will certainly not satisfy everyone: many folks would consider life a wasted opportunity if it were spent only for the benefit of post-life benefits (to oneself or to others). It would be like the person who saved all her life so as to travel the world in retirement, then retired, only to die immediately thereafter. I knew this woman, and her experience impressed itself in my mind. However, for those who are uncertain or conflicted with how to live life now, Immortality as a higher purpose beckons seductively.

Then versus Right Now

Ironically, immortality is much easier to discuss than “what to do right now.” The latter, basically how to live our lives, can be approached many ways and is exquisitely dependent upon individual capacity, preferences and situation. A search for “meaning of life” on Amazon.com reveals more than 200,000 books related to that subject. I conclude that the full Meaning of Life and Immortality embrace too wide a scope to fit into a blog.

Therefore, we will lop off all those other branches on the Meaning of Life tree and dive right into Immortality as a popular and perhaps near-universal life goal.

This is a science blog, and high-tech immortality always makes good news headlines. To a journalist, technical approaches to immortality have the benefit of being expensive, controversial, far-fetched and wacky. Toss in a few celebrity endorsements and you have great clickbait.

I have found five geekish ways to aspire to immortality through technology, which I will discuss in no particular order during the rest of today’s blog. Warning: pay dirt is hard to find here: geek immortality tends to be expensive, speculative or just plain nutty. If you want more practical ways to achieve immortality, I must point you to part 2 of this blog. 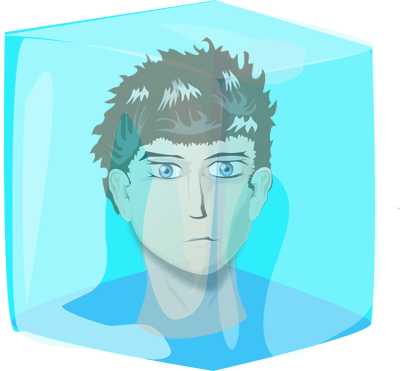 Cryonics consists of freezing a recently deceased person in hopes that yet-to-be-discovered medical techniques will permit resuscitating them, in full health, at some future date.

For example, members of the Alcor Life Extension Foundation may pay a healthy fee to have their heads ($80,000) or their entire bodies ($200,000) frozen after death. These human popsicles will supposedly be maintained in the deep freeze until some future date when medical science advances sufficiently to restore them to life.

At the present state of neuroscience, the chance of revivification from cryopreservation is remote. However, someone is always willing to bet on a million-to-one chance. As the son of baseball star Ted Williams (an Alcor freeze-ee) said of his father1, “Even though things seemed impossible at times, he always knew there was always a chance to catch a fish – [but] only if you had your fly in the water.”

Wikipedia states that 250 people in the U.S. have been cryogenically preserved to date; in addition, there are at least 33 pets in the cooler, in case the future revivee has just gotta have Fido on hand to keep him company. 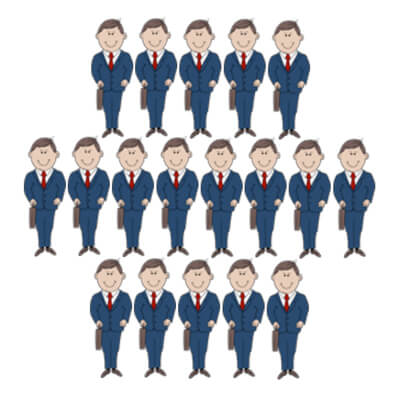 What if you don’t live forever, but for centuries to come there’s always an exact duplicate of you running around? There is a chance to make a post-mortem impact!

Sooam Labs in South Korea can already clone your living or recently deceased dog for a mere $97,000. No doubt they will soon be able to do the same for you. If having identical twins populating the earth appeals to you, better start saving your money. 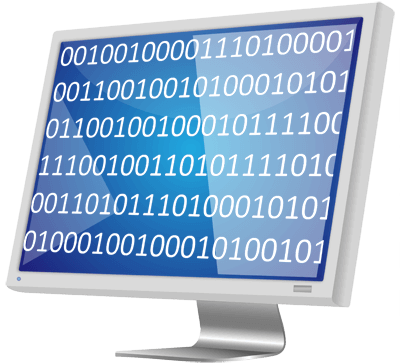 Another speculative track for immortality through technology is to simply upload your entire brain to a special-purpose computer. You need to capture and interpret not only the memories, presumably encoded as the strengths of neural synapses, but also the myriad of interconnections that contribute to personality.

Mind uploading is well established in science fiction, but in the real world full brain backup is thus far only a geeky dream. However, people are already wrestling with the legal and ethical problems that may arise once there’s a sentient being inside that computer, demanding its human rights.2 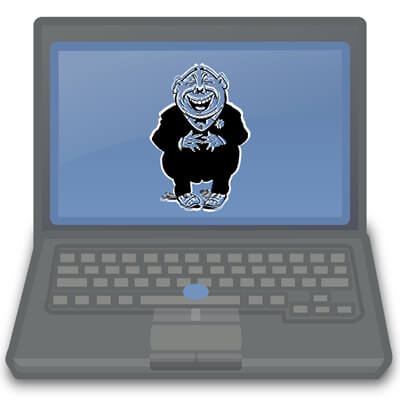 Avatars are popular constructs by which people reveal, or conceal, their inner identity to participate in multi-player games and in social media. What if a beefed-up avatar could serve as an artificial intelligence surrogate for you – one that could outlive you?

There is a service today, eterni.me3, that offers to create an avatar that pretends to be you. The service imports your social media posts, photos and e-mails to construct an avatar4 that you interact with for twenty or thirty years, by which time it hopefully behaves and reacts pretty much as you yourself would. The software constructs your avatar from what you chose to post and retain. Therefore, it generates a heavily edited version of you, one that your publicist might prepare.

Provided that the company stays in business, this avatar will be around to chat with your great-great-grandchildren about life in the twenty-first century, if any of your descendents care enough to ask its opinion. At this point no one is proposing that the avatar will be self-aware and actually believe that it is you, so it is far from a complete upload of your brain. 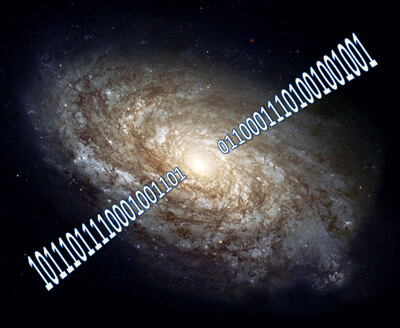 Last among our high-tech approaches to the meaning of life and immortality. Tulane professor Frank Tipler has published several books that attempt to use physics to prove the tenets of religion.

Tipler’s 1994 book The Physics of Immortality proposes that in the far future, advanced beings will gain control over our universe and set up a cosmic computer that will simulate every creature that has ever existed, including us. The simulation will be so perfect that our simulated selves will perceive themselves as real flesh-and-blood entities, resurrected in our physical bodies just as a literal reading of the Bible would suggest.

I read Tipler’s book when it first appeared and I felt that his arguments were flawed. Not only did he have to assume how the future rulers of the universe might behave billions of years in the future. He also had to assume that the creatures within their simulation would be enjoying “heaven” rather than “hell.” Now that I survey the merciless Amazon reviewers who have dissected Tipler’s book in detail, it appears that I was far too generous in my assessment. They have gleefully enumerated what they consider to be scores of serious defects.

Fortunately, Tipler’s approach does not require much effort on our part. Naturally, you and I have no influence over what these far-off super-beings choose to do. Therefore we can choose or reject this approach to the meaning of life and immortality. And our choice will have no effect on whether it may ever come to pass!

So there you have it. Cryonics offers the down-side that you will be reincarnated as a vegetable or a half-wit. Cloning spreads around your DNA but nothing else of what’s “you.” If you choose a digital backup, it may turn out to be buggy, or simply lost when someone neglects to update a database. And Tipler’s simulation universe is a pretty big speculation to swallow.

Of all these approaches, the eterni.me avatar is most likely to achieve its very modest goals. So far as I know, this is the first of its kind. If it shows good progress we can expect plenty of competitors, who will test the durability of eterni.me’s business model.

Building and improving a personal avatar sounds like an interesting hobby, rather like researching your family’s genealogy. However, it’s a big leap to believe that this type of avatar can convincingly simulate a person’s personality and intelligence.

If this discussion of geeky immortality has left you hungry for something more realistic and useful, you are in luck. Because Part 2 of this blog will put aside technical approaches. We’ll focus on traditional and actionable ways for an individual to gain some measure of immortality. And that may support the meaning of life to which he or she aspires. Stay tuned next week!

Have you thought about the Meaning of Life and Immortality? Might immortality through technology, in any form, hold part of an answer for you?

Image Credits:
– “Where do we come from? Who are we? Where are we going?” by Paul Gauguin, 1897-1898, at the Museum of Fine Arts, Boston
– Images adapted from openclipart.org as submitted by SaraSara, adrix89, Gerald_G, ampeddesign, b.gaultier and johnny_automatic
– Image adapted from NASA photograph of spiral galaxy NGC 4414