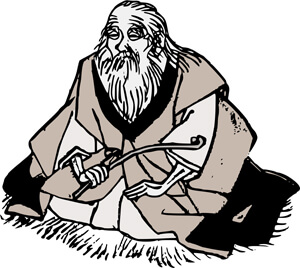 Immortality – this Part 2 blog addresses practical ways for individuals to achieve immortality without technology, or at least a substantial life-after-death. Many people who search for the meaning of life settle on immortality as one of their personal goals.

The immortality options discussed here include Faith, Legacy and Memory. The third of these is the occasion for a personal example in which doggerel, puns and catch phrases have turned out to enhance the effective immortality of my departed friend Bill Gould.

We begin with Faith, because that’s where a discussion of Immortality immediately leads in the minds of many people. 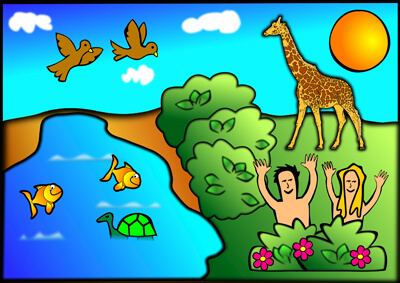 Many religions promise that the faithful can live forever, either as fully conscious resurrected individuals, or as a life force that may not have individual awareness. Religion, as we have noted many times, is based on faith and it occupies a space outside the domain of science. Logic cannot help us choose a true religion, or validate any religion, when so many religions claim that they have the one and only truth.

However, logic can be of use when we apply Pascal’s Wager to justify faith: this is the argument that, if God might exist, the stakes are so high that a logical person would choose to believe in him. There were objections of course, and Pascal gave good rejoinders to those who criticized his postulate.

One of those objections concerned whether something that we choose to believe is in fact only a sham. But many religious figures have the answer to this quibble when they say, “Act as if you have faith, and faith will be given to you.” I have seen this sentiment variously attributed to Peter Böhler and John Wesley, Cardinal Newman (“we can believe what we choose”), Blaise Pascal and more recently, West Wing screenwriter Aaron Sorkin1 (“fake it till you make it”).

Thus there is a logical argument that, while not proving religious immortality, at least frames it as a justifiable choice for belief. 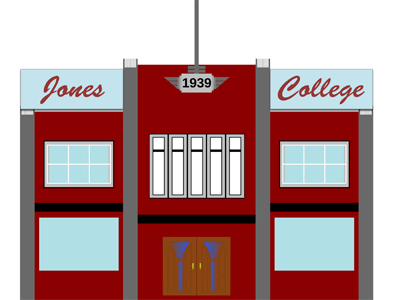 Another practical approach to immortality is to leave something behind of value to future generations. A hundred years ago, industrialist Andrew Carnegie founded several enduring large institutions, including Carnegie Hall and Carnegie-Mellon University. Less remembered but probably more important, Carnegie also funded 3,000 public libraries in 47 U.S. states and 8 foreign countries, thus making the tools of knowledge widely available throughout the English-speaking world. Today, Warren Buffet, Bill Gates and other wealthy individuals are establishing legacies in a modern way, with stated goals and progress measurements.

Educational and cultural institutions have enthusiastically embraced the legacy concept as a means of extracting contributions from donors. Today there is a proliferation of named professorships and museum buildings (or rooms, or hallways) with people’s names on them. Unfortunately, an endless repetition of names tends to water down the idea of a legacy gift, reducing it to simply blazoning your name on a public structure. And there your name will remain, disconnected from anything uniquely you, until some larger donor has his name (or her name) put in place of yours when the building is remodeled.

A more personal approach, one that restores meaning to the idea of legacy, is to work for a cause that you are committed to, giving both time and money as you are able. Whether or not your name is visibly attached to your efforts, you have the knowledge that your contributions will strengthen the future of a cause that you valued.

The last path to immortality, and one that each of us engages in throughout our lives, is to leave our imprint on friends and relations around us. Poet Alexander Pushkin is credited with a beautiful quote that expresses this approach:

As long as there is one heart on Earth where I still live, my memory will not die.

When and How We Remember Others

Memory is a subtle and mysterious process. Here I offer my ideas on how we remember friends when they are elsewhere, whether temporarily or forever, in hopes of stimulating further thoughts from you my readers.

Our brains are flooded with data at every moment: sensory inputs from our bodies and our surroundings, plus memories and random thoughts from within the mind. We would be paralyzed, unable to function, had our brains not evolved an efficient filtering process to weed out all but a miniscule stream of bits. So when and how does it happen that we think about, really think about, someone who is not present?

Here are the mechanisms I have observed:

Some people adopt a religious or spiritual practice: to spend a few moments each day consciously thinking of loved ones. When a Facebook post asks “remember me in your prayers” it is calling on those who make a regular practice of prayer or contemplation, to add the asker to the observance. This intentional observance requires conscious commitment and does not occur automatically, unless we forge the ritual into an ingrained habit.

More common than spiritual intent, I believe, is memory triggered by association. Our minds store and retrieve information based upon common features such as an emotion, a smell, or a sound. The neural mechanism appears analogous to content-addressable memory in computers. These interconnections form the basis for memory recall during daily life.

How does associative memory bring images of loved ones to the fore? Via our regular habits and activities. Thus a widow whose husband always made the coffee in the morning may feel a pang of recall every day when she reaches for the coffee maker. Although the event may seem minor to another, it replays a particular and personally meaningful element of her life that is no longer present. Similarly, a parent who has lost a child will experience countless instances of painful memory, which may be triggered by another person’s child of similar age or behavior.

I regularly find that my activities trigger memories of those I have lost from my life. For example, the subject of Austin, Texas, where I grew up, causes me to think of my mother and my friends from those days. Similarly, when I play the piano, sometimes I come across a piece of music that my deceased ex-wife Kitty especially liked, and that triggers memories of her.

I feel that I should clarify at this point. When I purposely think of any of these departed ones, there’s a flood of memories and feelings based on my years with them. However, they can also come to mind when I’m not thinking of them, stimulated by an accidental word, or sound, or gesture that brings them into my presence.

When friends tell me that they think of a departed loved one every day, I suspect that one or more of their daily activities opens the door for those sad memories.

Yet another trigger for memory occurs when we experience a fragment of something that to us is part of an integrated whole. We all know how a few bars of a melody can trigger an earworm that can range from amusing to seriously annoying (for example, when you are trying to get to sleep!). The musical phrase, which most frequently has accompanying words, is stored in our memory as a gestalt so that a small portion of it elicits the entire object.

The earworm effect is not limited to music: public figures who have “trademarked” a sign-on or sign-off phrase have enhanced their own immortality. For years after their passing, those catch phrases have the potential to bring forth a deep and rich image of their popularizers.

Let’s have some fun! Test your age (or your senility) by identifying the popularizers of each of the following fifteen quotes. The date shown is my best determination of the latest date the phrase was current:

If you’re really frustrated, you can peek at answers at the end of this blog. Advertisers of course try to achieve similar name recall for products and companies.

Yet another trigger for memory I will call stimulus and response. A person who offers a uniquely personal reply to a particular prompt can create a stimulus-response so powerful that it long outlives its creator. For years or a lifetime thereafter, when the stimulus occurs, our memory presents not only the response but recreates our friend as if he were here present. My best example of this effect is a personal one, a reminiscence of my good friend Bill Gould of Malibu, California. 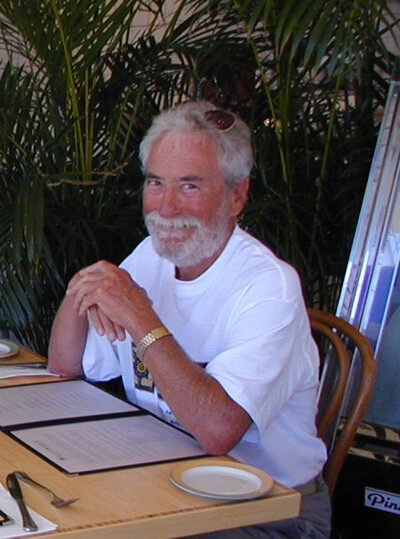 For many of my years as a resident of Malibu, my neighbors and close friends were Bill and Jackie Gould. Jackie was a research psychologist, a very good cook and the hub of a vibrant social group. Bill, a CPA transplanted from New York City, had a quick big-city wit: he was an endless source of puns, jokes and doggerel so catchy that many of his sayings became indelibly associated with Bill in the minds of his friends.

Bill turned eighty in 2004. The following year, he contracted a brain tumor that took his life just a few weeks after its diagnosis. Yet he left behind for his friends a rich vocabulary of jokes and catch phrases.

A Wealth of Catch Phrases

Here are some of the responses that, to any of his friends, instantly conjure up William A. Gould:

Suppose that someone complains that some device is not working properly. This Bill Gould response will automatically come to the lips of Bill’s friends:

It works better than my uncle Harry… (pause) …he doesn’t work at all!

Suppose that someone happens to say, “No, I think you’re wrong about that.” The Bill Gould response is this:

You know, I thought I was wrong, once, but (pause)…I was mistaken.

Suppose that the subject of cats comes into a conversation. Bill would have immediately said:

I knew a woman who slept with cats!… (pause) That was Missus Katz. 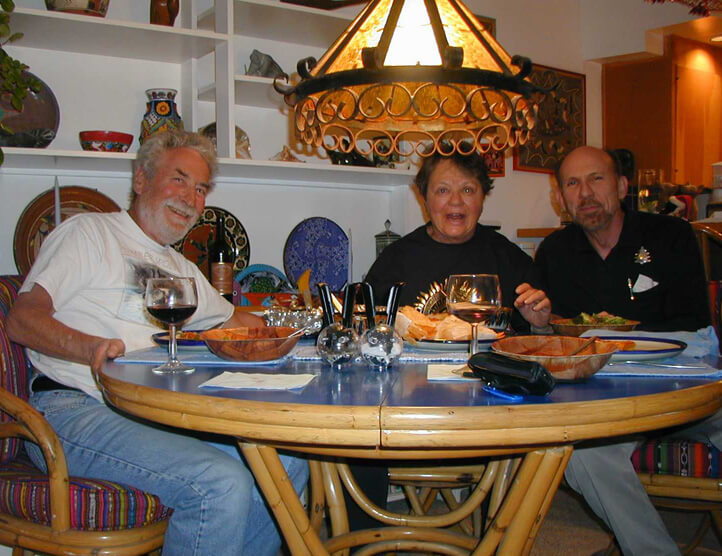 Bill’s contributions were not limited to stock phrases containing a pause and a punch line. He told colorful stories about his family and had an extensive supply of jokes. Here’s an example:

A man crossing the street is hit by a car and knocked down.
Paramedics arrive and pack him into an ambulance and deliver him to the emergency ward.
The doctor arrives and checks him out. He has only minor injuries.
The man says anxiously, “Doctor, doctor, will I be able to play the violin?”
The doctor smiles, he’s happy to deliver some good news. “Yes, of course you will.”
The man sighs with relief. “Thank goodness! I never could before!”

Bill would sometimes offer to sing a bogus song, like The Suspender Song: “It all depends on you,” pronounced to sound like “It hold de pants on you.” For my benefit, he might suggest a gospel hymn: “Chester closer walk with Thee.”

Since Bill was a New York Jew, some of his jokes had Jewish themes, like this one:

Who is the greatest Jew of all time? Was it Abraham? Was it Moses? No, it was none of these. It was Irving Berlin. And I’ll tell you why…

The joke is pretty funny but it’s long, after the style of an earlier age. Therefore, I’ll invite you to guess the rest of it, or ask me for an expansion in the comments.

Bill’s verbal repertoire also included doggerel, such as this example that has stuck in my head. It might be triggered by an unusual mention of the name “Moses” in conversation, or sometimes Bill might simply recite it because of its great sound. Here I have boldfaced the rhythm:

Although Bill Gould’s warmth and humanity endeared him to his friends, what made him especially memorable was his gift of humor. And that humor brings his friends unexpected occasions that summon him into our presence, whenever an innocent comment happens to be the lead-in to one of Bill’s trademark japeries. 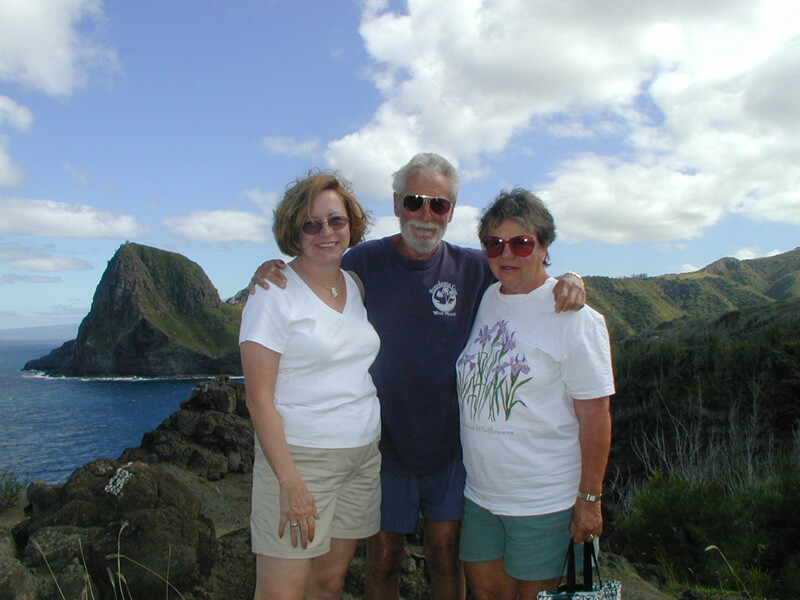 Does the meaning of life for you include memories of your friends? What causes you to think of a dear one who’s not present? Are there verbal cues that manifest their immortality to you?