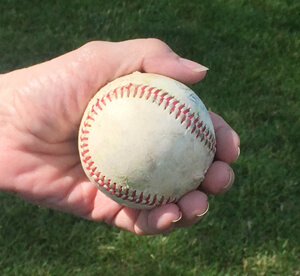 Prostate enlargement (BPH) and prostate cancer are common conditions requiring vigilance by all men. BPH is more common and requires either medications or a surgical cure.

The first three parts apply to virtually every reader of this blog, in hopes that they may help you achieve surgery success:
– 1: What Everyone Must Know – hospital documentation and infection prevention
– 2: That Scary Anesthesia – minimizing the risks from anesthesia
– 3: Recovery & Departure – what you can expect after waking from surgery
The final two parts apply to men only, especially men over fifty. They talk about my specific surgery:
– 4: Prostate Enlargement Versus Cancer (This Post) – problems of the prostate and their cure
– 5: Prostatectomy Cures BPH – prostatectomy as the definitive cure for an enlarged prostate, also known as BPH

More Than You Wanted To Know About the Prostate

The male urinary system serves two functions: reproduction and excretion. It’s as if you went to Home Depot to buy an oven and found that the only type they sell also washes dishes.

An engineer would say, when you combine two disparate functions into a single device, you greatly complicate the design and also increase the probability that something will malfunction. As a result, it’s common to cite the prostate gland as an example of an “evolutionary design fault.” Right in the middle of the urinary hardware, it’s a switching center that shifts the flow from urine to seminal fluid and back.

The prostate is only one of many features of the human body that that critics consider to be examples of poor design. A typical blog on this topic attracted 97 comments. One comment that seems especially persuasive is a comparison of the human eye with that of the octopus.

Creationists go to great lengths to justify the prostate gland not as a flaw, but as brilliant engineering. Their logic seems slanted to me. However, there is one very strong argument that seems to endorse the prostate as sound design. It is that most mammals have the same urinary setup: it has not been weeded out by evolution. Thus our present awkward arrangement seems to be the best that Nature or the Creator could come up with.

When the Prostate Causes Trouble

Drug company advertising has made us well aware – more aware than we might wish – of three major malfunctions of the male urinary system. The first, erectile dysfunction (ED), is a complex and lucrative medical area in which the prostate does not play a central role. The other two urinary problems, however, directly involve the prostate:
– Prostate enlargement or BPH (benign prostatic hyperplasia).
– Prostate cancer.

The prostate gland is a thin shell covered with nerves, blood vessels, muscles and ductwork. Inside it is tissue containing a network of blood vessels, with the urethra passing through the center.

Prostate cancer may affect all parts of the organ. BPH, on the other hand, consists of uncontrolled but benign growth of the tissue within the gland. Extensive tests are required to determine whether a man has either or both of these conditions.

A Digression on Urine Flow Rate

My first urologist in California used an extremely primitive device to track the urine flow rate of his patients. It had a motor that moved a graph chart past a marker pen attached to the side of a cup. The cup rested on a spring scale. When you peed into the cup, the cup got heavier and sank lower. That changed the position of the marks left on the chart. The marker line on the chart gave a crude measure of average and maximum flow rate.

A typical guideline specifies a maximum urine flow rate over 15 ml/sec as normal. A flow of less than 10 ml/sec indicates some kind of problem.

The average urine flow rate for men ranges from 10 to 21 ml/sec depending on age. However, the average doesn’t mean very much, because there’s a more than two-to-one variation between individuals.

None of the several urologists I have seen in recent years has measured my urine flow rate. Perhaps the field no longer considers flow rate to be a routine diagnostic tool. Or perhaps, once I was diagnosed with BPH, my doctors saw no reason to collect that data.

If prostate cancer is so rampant, why do only 1% of patients die from it? There appear to be two reasons:
– In many cases the cancer is latent, kept under control by the immune system.
– The cancer may develop so slowly that the patient dies of other causes before showing any symptoms of prostate cancer.

MRI, a rapid increase in blood PSA and other blood tests can be helpful as indicators of prostate cancer. However, the gold standard for diagnosing prostate cancer is a needle biopsy, an uncomfortable outpatient procedure that extracts six to twelve samples of the prostate for lab evaluation. My urologists conducted this test four times during the past 20 years, each time with negative results.

Prostate cancer may form in a concentrated area. The biopsy attempts to sample all parts of the prostate, but can miss a small cancer. Therefore, a biopsy never provides 100% assurance of the absence of prostate cancer, and may have to be repeated if symptoms continue.

Like prostate cancer, prostate enlargement is a condition that affects almost all men. The tissue inside the prostate gland multiplies, causing the gland to grow in size and also putting pressure on the urethra within. This tissue growth begins around age 30. By age 80, 75% of all men have enlarged prostates. A digital rectal exam, in which the urologist feels the size and firmness of the prostate, easily detects BPH.

As noted above, most prostate cancer grows so slowly that it never kills you, or even shows any symptoms. That is not true of BPH. Some 40 to 50 percent of men with enlarged prostates experience annoying symptoms, making it one of the ten most significant and costly diseases of men over 50 in the U.S.

Prostate enlargement can be slowed down and its symptoms relieved by prescription drugs such as Proscar (finasteride), Flomax (tamsulosin), Uroxatral (alfuzosin) and Avodart (dutasteride). More recently Cialis (tadalafil), developed as a drug for erectile dysfunction, received approval for simultaneous treatment of BPH, perhaps to more easily justify insurance reimbursement.

My medications have earned mountains of money for the pharma companies since my early forties. Nevertheless, my prostate continued to grow, reaching the size of a baseball, as suggested in the opening photo.

During the last year I experienced week-long periods of blood and clots in my urine every few months, plus one urinary infection. I don’t mind passing a clot now and then, but I can think of places and times when a complete urinary blockage would be exceedingly inconvenient. My urologist agreed that surgical treatment of my BPH was necessary.

The most common surgical cure for BPH is TURP, transurethral resection of the prostate. [Those who are squeamish should skip ahead at this point!] The patient is given a spinal or general anesthetic. The surgeon inserts a catheter into the urethra and removes excess prostatic tissue through the catheter. This procedure has become so popular that in the US,  97% of surgeries to correct BPH employ TURP.

When TURP Just Won’t Do

What about the other 3%? Those cases call for an “open prostatectomy.” Under general anesthetic, the surgeon makes a six-inch incision between navel and pubis. The doctor cuts open the shell of the prostate and scoops out the excess tissue.

What puts a person into the 3% category rather than the 97%? Most frequently, the size of the prostate. A normal prostate is slightly larger than a walnut. It is said to average 11 grams or 20 grams. TURP entails increased risks if the prostate has grown larger than 45 grams. Thus a large prostate automatically steers the physician to recommend open surgery rather than TURP.

This concludes Part 4 of this five-part blog on hospital surgery. Part 5 describes the surgery that corrected my prostate enlargement.