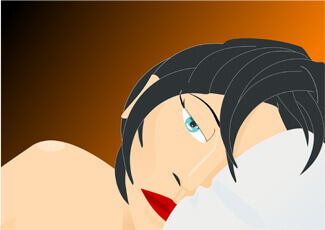 Lazy teens who sleep as late as you let them. Wakeful oldsters who have trouble getting a solid night’s sleep.

We might be tempted to think that sleepy teenagers are being passively aggressive to protest the rules and schedules of adults. Perhaps for them, the true meaning of life is to sleep as late as they want, every day!

We could equally well imagine that seniors who get poor sleep are suffering from a disorder or disease of old age.

This is the first of a two-part blog on Human Nature. Each part treats an aspect of human behavior today. We trace its origin to behavior that helped individuals and groups survive and thrive. This blog, part 1, considers sleep styles. The part 2 blog treats sexual aggression.

These two human characteristics could not be more different. Sleep styles are interesting, but they rarely injure other people. In contrast, sexual aggression harms others, is illegal and most people condemn it.

Despite the contrast between sleep styles and sexual aggression, both of them echo behaviors that were valuable to early humans. I chose these two features to blog about because there is recent research that gives insight into each of them. This is only part of a wider field, tracing human behavior and institutions to the needs of early human societies.

Earliest humans were primarily interested in acquiring dinner, and avoiding being some other animal’s dinner. There was no time, nor were there the tools, for history-writing. Therefore, composing a logical history of human social development requires considerable speculation and the use of indirect evidence. That evidence could include observations of non-human animal groups as well as contemporary human tribes that have limited contact with civilization.

Sapiens, an Excellent Example of Analysis and Speculation

If you are skeptical that we can learn much from looking far into prehistory, I encourage you to read an excellent and readable book, Sapiens: A Brief History of Humankind, by Yuval Noah Harari. Harari is an Oxford-educated professor of history at the Hebrew University of Jerusalem.

Sapiens describes the full history of our evolution from tree-dwelling primates to masters of the world. It spins a logical tale focused on three “revolutions” in human behavior: cognitive, agricultural and scientific.

Harari is not afraid to speculate, and he is forthright in expressing strong opinions. A sample of his opinions:
– That industrial farming of animals is inherently unethical, because young animals receive none of the parenting and socialization that is normal for them.
– That the evidence of history indicts humanity as an “ecological serial killer.”
– That humans invented religion to facilitate trade and the expansion of empires by imposing rules of behavior on people who barely knew one another.

You would have to be a pretty credulous person to accept all of Harari’s far-reaching conclusions. However, he tells a fascinating and thought-provoking story, and a lot of it may actually be true. His book is a great example of just how far you can take the reconstruction of human history, providing that you’re not shy about creatively filling in the blanks.

Back to Lazy Teens and Restless Seniors

Let’s return to the subject of today’s blog, that of the sleep habits of lazy teens and restless oldsters. Recent research supports the idea that both behaviors arise from natural selection, and played a role in helping our ancestors survive in the wild.

Several previous blogs on ArtChester.net touched on sleep:
– Its information-sorting function.
– Sleep deprivation as treatment for depression.
– Kenny Kline’s guest post with its practical tips for getting better sleep.

However, the point of today’s blog is not sleep itself, but wakefulness during a time of rest.

Wakeful behavior in animals has long been observed:
– When a flock of migrating birds pauses to sleep, birds at the edge of the flock stay partly awake to watch for predators.
– Animals, including people, wake up periodically during sleep. In certain animals (but not humans), awakening appears to be triggered by episodes of REM sleep. Psychologist Frederick Snyder proposed the “sentinel hypothesis,” that episodes of awakening protect solitary animals by allowing them to scan their surroundings for predators.

Primitive Humans, With Us Today

Anthropologists at the University of Toronto and the University of Nevada wondered whether the need to keep watch at night might have guided the evolution of sleep habits among early humans. In other words, might the “sentinel hypothesis” also apply to groups of people?

Early humans are long gone but we are fortunate to have the Hadza, a tribe of hunter-gatherers living in Tanzania. They live without electricity, heating, cooling or other technologies. Amazingly, the Hadza don’t mind being poked and prodded by anthropologists. This is a boon for the scientists, who have very few groups available to study who live in such a pre-technological fashion.

You might wonder: just how primitive could the Hadza be if they are willing to let strange foreigners study their teeth, their intestinal flora, their sleep habits and who knows what else? But I would say, if you don’t think the Hadza are appropriate as a group to study, just try to come up with a better choice. At present, they seem to be our best contemporary model to approximate what early human life may have been like. 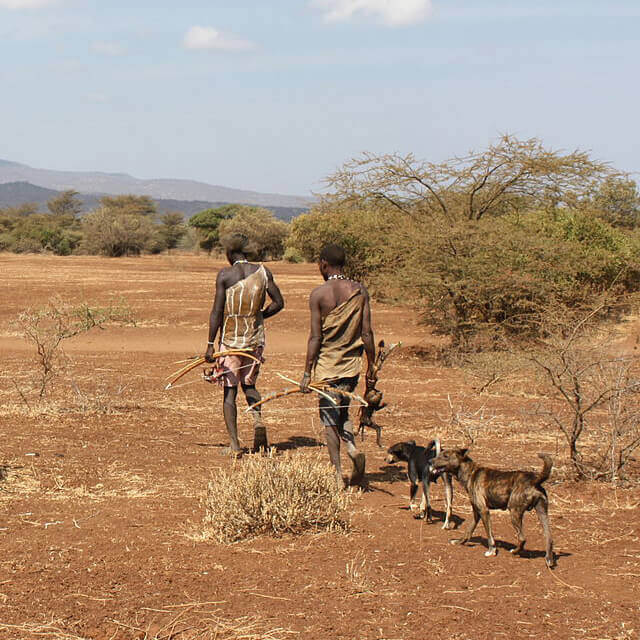 The anthropologists recruited 33 Hadza people and persuaded them to wear wrist sensors that would monitor their sleep as well as ambient light. Children, sick and injured persons were not a part of the study.

During 220 hours of observation, there were only 18 minutes when all 33 Hadza were sound asleep! On average, 8 adults were awake at any given time. And 99.8% of the time at least one person was either awake or sleeping so lightly that they could be easily roused. Thus it’s not surprising that a Hadza village does not assign anyone to keep watch at night. They can rely on someone being awake to alert the group.

But Who is Awake?

On average, the Hadza subjects went to bed around 10 pm and woke around 7 am. Sounds pretty normal. However, when the researchers sorted the data by age, there were strong differences.

Younger people, the “lazy teens” of our blog, were “owls,” staying up past 11 pm and sleeping past 8 am. Older folks tended to be “larks,” going to bed as early as 8 pm and waking up at 6 am. Thus there were many eyes and ears alert both at dusk and at dawn, times when certain predators are especially active.

The study also showed that Hadza of all ages had periods of wakefulness during the night, so that the job of keeping watch at night was shared by all.

Digression: Why Are There Old People, Anyway?

One of the burdens of science – or perhaps you’d call it an opportunity – is the compulsion to explain everything. And one of those “everythings” is: why do humans live past the age when they are able to reproduce? After all, many of the “lower animals” grow up, reproduce and then die, making more food and shelter available for their offspring.

Explanations for the existence of old people have centered on benefits to the group of having people live past their reproductive years. Among the proposed benefits are:
– Helping care for and raise children.
– Serving as a repository of knowledge and experience that can assist the survival of the group.

The study of the Hadza suggests one more reason that the group benefits from the presence of seniors:
– The natural sleep cycles of older people is complementary to those of younger ones. Thus the elders serve as natural sentinels at times of day when others are sleeping.

Of course, this suggests a digression-on-top-of-digression: Given that there’s benefit to the group if people live longer, why should they die rather than live forever? But that takes us too far afield…

What We Now Understand About Lazy Teens and Wakeful Seniors

Here’s the good news from studies of sleep:

Human Nature: Do We Accept It?

We conclude that the sleep patterns of the young and the old are human nature, evolving with generations of humans who needed some members of their group to be alert at all hours.

Here’s a fundamental question about this and other aspects of human nature: Given that this habit evolved to help our ancestors survive, do we want to keep it or not? We can choose whether to accept the hand that evolution has dealt us, we are free to decide.

Our decision should be based on the good or harm that may be done by the habit. It seems to me that as long as we accept these sleep patterns as normal, we won’t worry about them and we can leave them be. Over time these habits may change, since for most people today survival does not depend on continual vigilance. My opinion is that we can learn from these sleep habits (for example, adjusting school schedules to benefit lazy teens) but that we don’t need to take active steps to re-train ourselves to sleep differently.

In Part 2 of this blog we will consider another feature of human nature: sexual harassment. It too appears to derive from evolution, but what we choose to do about it can and should be quite different.

Are there lazy teens and wakeful seniors among your family members? How accepting is the family of their habits?