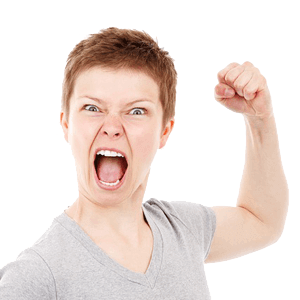 Road Rage. You know. That’s a driver who speeds down the interstate. He owns the road. If you’re in front of him and don’t get out of the way, look out! He may try to force you off the road, or simply put a bullet through your head.

Is that what we mean by road rage? Well, not necessarily.

Road rage is an emotion. It may lead to assault or murder, but it doesn’t have to. More frequently, road rage simply increases aggression. And more aggression increases the risk that someone will miscalculate, leading to injury or damage.

Since road rage is a feeling, I don’t think any of us is immune to it. How does it feel when a cellphone-distracted driver ahead of you sits through most of a green light, delaying you an entire cycle? How about when you’re following at a safe distance and someone forces his way in front of you for no good reason?

Only a saint would not feel road rage at times like these. And most saints were never tested in this way. (Fun fact: most saints never drove a motor vehicle!)

We have previously discussed driving to arrive in good time without getting a traffic ticket.

However, today’s blog covers something even more important: your personal safety:

I have combed both the good sources and the bad ones to assemble what seems to be the best advice. So settle in, and we’ll answer all these questions! If you want to jump ahead, here are links to key headings:

Here’s an official definition of road rage, thanks to the National Highway Traffic Safety Administration (NHTSA):

Aggressive driving is a traffic violation, while road rage… is a criminal offense.

Not everyone agrees that aggressive driving is a bad thing. The most popular definition in the Urban Dictionary asserts that so-called “aggressive” drivers are actually highly competent drivers who are annoyed by the many timid drivers who slow them down and “cause many accidents.” (This definition ignores the fact that aggressive driving can lead to injury and death of others.)

Some people make road rage a source of fun, without getting into a vehicle. The Road Rage video game advertises “when there’s no law to obey, there’s no law to break.” Their advertising images are intended to pump your adrenalin:

FYI, reviews of this game are largely negative. Let’s set aside the couch-potato game-playing option and get back on the roadway!

Being in a Car Can Kill You 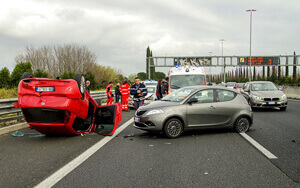 The mere process of getting from here to there is fraught with peril. We can ignore shopping-center fender-benders. What’s more important is the preservation of our precious bodies.

4.6 million people are injured in vehicle accidents in the U.S. each year. Since the population is 325 million, that doesn’t seem like much risk. In fact, there’s a 98.6% chance that you won’t have a traffic injury this year.

That may sound pretty safe to you, but every year your accumulated risk rises. It’s more than 50% likely that you’ll be injured badly enough to require medical attention, at least once during your lifetime. Worse than that: every 20 years, someone in your household will probably suffer such an injury. [Math fans: take 0.986 to a high power.]

After the injury, your troubles aren’t over. You can repair your car and your body. However, both of them may retain creaks, groans and pain for many years. And, things can be worse. If you’re hurt in an accident, there’s a 1% chance that it will kill you.

The moral is clear. Transportation is risky, and we should try hard to avoid every accident.

Aggression Can Kill You

What causes accidents? Experts are quick to advise that the leading cause of accidents is driver error. Driver error arises from:

However, those factors apply to all accidents, and many of those are minor. The picture becomes much clearer when we focus on road rage, leading to fatal and near-fatal accidents:

It’s clear that the deadliest accidents overwhelmingly arise from aggressive driving, especially when it escalates into road rage. Our survival requires recognizing and avoiding aggression and road rage, both in others and in ourselves.

Drivers are not simply driving. As they drive, the way they behave sends signals about how they feel. And at the same time they receive signals from other drivers and react to them. Continuous nonverbal communication.

Most of the time we’re driving, we can and do treat other cars as things, not people. They are anonymous objects that follow the rules of the road. We maneuver amid them to get where we’re going without injury or unwanted delay.

However, now and then one vehicle, or a few, behave differently from the majority. How we act to keep ourselves safe requires decoding the other driver’s intent.

Some Drivers Communicate Their State of Mind 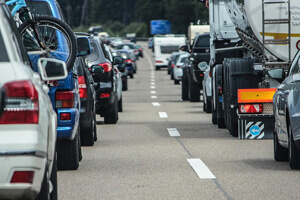 When drivers don’t blend in with the traffic, they are usually expressing one of three states of mind:

Sometimes it’s hard to be sure whether a driver is being Clueless or Passively Aggressive. You could find out by making an aggressive response to test them. You could observe whether they continue to behave ignorantly, or whether they become more aggressive.

I strongly recommend that you don’t test another driver this way! If the driver is clueless, you have not learned anything. But if they are aggressive, you are escalating the situation. That is risky for you, for the other driver, and for everyone else on the road.

Get Yourself Outta There!

Think about it this way. You don’t need to be sure which feeling a driver is showing. All you need to know is that all three of these drivers are dangerous to be around. You should take pains not to provoke them, and to move far away from them. Why?

We (Yes, You and I) Are Not Innocent

I assert that you and I are not innocent of sending these signals.

Guilty by intent? Perhaps not. After all, anyone who survives past age 30 and has average intelligence does not take unnecessary risks.

However, our intent lies deep in our heart of hearts. Only our actions are visible to other drivers. And sometimes our actions appear aggressive or clueless to other people.

Examples of guilt by action abound. For example:

Most of the time, you say “darn it” to yourself and forget about it. But if the other driver responds in an angry manner, you need to soothe the situation immediately.

Does this strike you as a wimpy response? Yes. But it’s a necessary one.

We must keep reminding ourselves: Driving is not a contest, nor a test of courage. Driving is a risky activity involving tons of steel moving at a mile per minute. Society tolerates it only as a necessity. Whoever wants to demonstrate their inborn superiority should save it for the tennis court or the poker table.

Defusing Anger Before It Rises To Road Rage

How do we defuse anger? Hey, it’s a jungle out there. We are talking about primal responses, so behave accordingly. Generally, that means an act of apology, or of submission. Wild animals do this frequently, to save their skin.

Here are some options:

What if an angry driver tries to stay close to you? Then you’ve got a problem.

Slow down or move farther away. Whatever you do, don’t pull over and stop. That’s a signal that you want a fistfight or a shooting duel.

A reasonable opponent will eventually give up, after you have groveled by showing enough submission. An unreasonable adversary means that you need to phone 911 or have a defensive driving course under your belt.

Hogs on the Road

Motorcycle riders are a special case. Media and entertainment have created stereotypes of riders that are not representative. However no one, including the riders themselves, ignores these memes.

Some riders are truly tough and rowdy men and women. But some are meek souls who dress up in toughness like a costume. And still others deny the biker image and take pride in being nice regular folks. You really don’t know who that rider is from a quick glance.

However, one thing is certain. Riding is risky for the rider, because the bike provides almost no physical protection. For that reason, for their survival riders must adopt a large personal space. That is, they must maintain more distance from other vehicles than car drivers do.

What happens when someone in a vehicle enters a rider’s extra-large personal territory?

For these reasons, it makes good sense to keep an extra-large distance between you and motorcycle riders. Such behavior is prudent and safe. Better yet, it’s simple courtesy toward our neighbors on the roadway.

Some People Are Mobile Explosive Devices 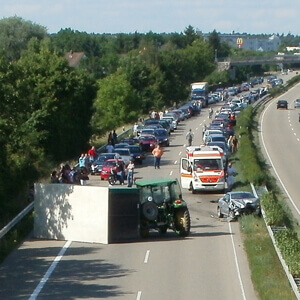 A few drivers are cruising around, stoked with anger, looking for a fight. If you keep your eyes open, you may be able to spot such a person before they do anything bad, by their “tells”:

If you think you have spotted one of these moving time bombs, keep far away!

Sometimes however you are caught by surprise. You have literally done nothing, but another driver starts behaving aggressively.

When you see a driver making multiple challenging moves, you should assume that he is a nut case. I say “he” because… well, you know.

Here’s your defense from road rage:

I hope this blog quenches your thirst on Road Rage. We’ve talked about how to stay safe, how to recognize road rage in others, and how to keep from signaling aggression ourselves. I wish you safe and gloriously happy driving!

Image Credits (all from pixabay.com):
– “Angry” adapted from PublicDomainPictures
– “Car accident” from valtercirillo
– “Congestion” from RettungsgasseJETZTde on
– “Collision” from WikimediaImages