Beware of Under- and Over-Diagnosis! 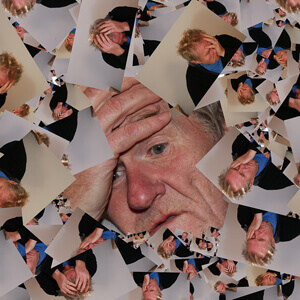 The Value of Early Dementia Testing

Early dementia tests can reveal whether a loved one suffers from Alzheimer Disease or another progressive form of dementia.

Some people might say: I really don’t want to know, because you can’t cure Alzheimers. This viewpoint expresses valid feelings. However, it’s not logical.

Thus, we are not helpless. If there’s an early indication of dementia, there are steps we can take to delay the disease, and to better prepare for it when it finally comes.

A Serious Flaw in a Test for Early Dementia

A recent study by a team of 14 researchers (“Sundermann study”) from across the U.S. identified a serious flaw in commonly used tests for early dementia.

We know that two-thirds of the U.S. residents who currently appear to have Alzheimer Disease are women. It’s been assumed that this gender imbalance occurs because women live about 5 years longer than men, so they have more time during which to become demented.

However, it now appears that part of the reason that more women appear demented is that a commonly used test fails to properly diagnose early dementia in women. This is a serious shortcoming, because it prevents early treatment and personal planning.

This test flaw helps us understand an otherwise puzzling aspect of Alzheimers. It’s known that once a physician diagnoses a person with early dementia (specifically, aMCI or amnestic mild cognitive impairment), women decline into a severe condition much more quickly than men. However, the faulty test is labeling some women as normal who actually have early dementia. Thus by the time their disease is obvious, it has progressed much farther so that the subsequent decline seems precipitous.

I will describe what’s wrong with the early dementia test, and the fairly simple fix that needs to be applied to make it valid. If you don’t want to know this much, you could skip ahead to the Recommendations section below for my advice.

Physicians have many tests available to diagnose dementia, including early dementia. In increasing order of invasiveness and expense, these include taking a medical history, tests of mental ability, blood tests and brain scans.

We most often recognize this disease as loss of memory or other mental errors. Therefore, the obvious way to identify early dementia is through memory tests, also known as cognitive assessments. A typical test, one that’s popular in the United States, is the California Verbal Learning Test. The testing assistant reads a number of words aloud, after which the assistant asks the subject to recall as many words as they can.

The Sundermann study looked at patients who had taken such a test, the Rey Auditory Verbal Learning Test (RAVLT). The patient group consisted of 453 women and 532 men in the Alzheimer’s Disease Neuroimaging Initiative (ADNI) database. This patient group was an excellent choice, since the predictions of the RAVLT test could be confirmed (or denied) by brain scan data.

In this patient group, women significantly outperformed men in their ability to recall words, both immediately and after a 30-minute delay. This is not a surprise, because women generally perform much better than men in tasks involving verbal memory.

However, here’s the problem. Medical personnel often use tests such as the RAVLT to assess the relative cognition of patients whom they suspect of being demented. And using the RAVLT scores in this way predicted that 26% of the women and 45% of the men showed early dementia.

The ADNI participants had also received brain scans to determine early signs of the disease. And the brain scans showed that the RAVLT predictions were dead wrong! In fact, about 35% of the men and 35% of the women had early dementia. So the test over-diagnosed the men and under-diagnosed the women. In other words, the test gave false positive results for men and false negative results for women.

How To Make Dementia Tests Tell the Truth

This seems like a dilemma, but in fact there’s an easy explanation, and an easy fix. The researchers analyzed the data by gender and determined separate threshold scores for men and for women. When they did this, the RAVLT results correctly measured early dementia in both men and women.

Thus the usual cognitive tests to find this disease are simply wrong unless they use different scoring criteria for men and women. The scores that identify early dementia are different by gender, because the genders inherently differ in verbal memory.

The Sondermann study immediately inspires these recommendations for us all:

We should all be alert for signs of early dementia, in loved ones and in ourselves. And we should make sure that any mental tests that doctors give are specifically calibrated for a male or female patient.

Image Credit: Man with dementia or confusion, courtesy of geralt on Pixabay