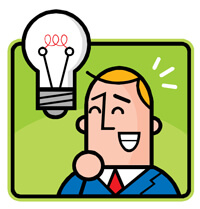 Science Fact:  We seem to be getting dumber, year by year. A recent European study compared 120 years of intelligence tests and found that the Western countries have lost 14 points of IQ since the Victorian era. The researchers suggest that declining IQ occurs because smarter people have fewer kids.

This depressing but otherwise innocent-sounding result has set off a firestorm, at least in the psychometric community, the scientists who deal with psychological measurements. The reason is that it has been generally accepted that since around 1950, the average IQ as determined by IQ tests has been rising 3 points every decade. IQ tests are revised every 10 years or so, and when they develop a new test they give both the old and the new test to the same group of people. The 3 point rise, called the Flynn Effect, is an average derived from these comparisons.

But wait: the new study ignored all these multiple-choice tests and moved to something more basic: reaction time, a basic measure of how fast your brain processes information. The researchers flash a light, and see how long it takes you to press a button in response. And surprisingly, the Victorian devices used to make this type of measurement are deemed to be just as accurate as the modern versions — so you can compare measurements taken in 1884 with those in 2004.

In case you find this too theoretical, how about that eighth grade school exam from Kentucky that was featured on NBC news. The full exam, which is featured on the Bullitt County Historical Society website is daunting — but the Historical Society offers to sell you their answers for a $10.00 donation! Did our kids study harder 100 years ago? Mebbe. Or — were they inherently smarter? What a dispiriting idea! When this blog was published in 2013, class notes from Prof. Renwick Griswold at the University of Hartford forecasted declining IQ worldwide for the rest of this century.

Science Speculation: I’m a physicist, not a psychometrist, but I was acquainted with someone much more expert than I in IQ tests. That was Allan Edmund Edwards, a research psychologist at UCLA who passed away in 1998.

A media provocateur had asserted racial differences in IQ, causing choruses of denunciation from folks who did not want to believe such a thing. Allan said to me, “IQ tests are a sham. Give me the test data, and I’ll create an IQ test for you that proves anything you want. You want to prove the higher intelligence of Inuits? I can do it. The inferiority of Welshmen? I can do that too.” And then he proceeded to explain all the ways that experts could, if they wished, game the system.

If Allan were with us today, he would probably say, “This reaction time testing is just one more arbitrary measure. Change the test a little, this way or that, and you’ll change the results. And no one truly knows what ‘intelligence’ means anyway.”

Which doesn’t prove anything, of course, but illustrates that even the most convincing research results have to be taken with caution. The design of the experiment involves both conscious and unconscious choices by the researchers; and some of those choices may be controversial enough to call into question all of the results!

Do you think there’s been declining IQ, so people are less intelligent than they used to be? Or do we just not try as hard? What do you think?

Sources — Original study and some criticisms:
Were the Victorians cleverer than us?
Flynn effect raises all boats, but some are leaky
A response to two critical commentaries on Woodley, te Nijenhuis & Murphy (2013)