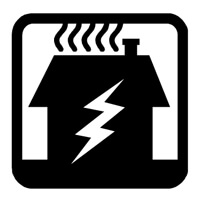 Let’s hear it for renewable energy! What, an extra jolt of coffee in the morning to supercharge your day? No, more like — what do we do when the OIL runs out? You know: solar, wind, biogas (think ponds of stinky algae).

I can hear your yawn from here. That’s not going to happen this year, not in ten years, maybe not in a hundred years, you say. And we can’t build public policy on the shifting sands of ever-changing assessments, all of them by folks who have an ax to grind.

There were a couple of provocative news stories recently that suggested opposite conclusions about renewable energy.

Consider this one: Germany Could Face Electricity Customer Revolt, a US-centric summary of a lengthy study by Der Spiegel.  The story basically says that because of heavy government subsidies to renewable energy projects, the price of electricity to consumers is shooting through the roof; electricity is becoming costly for every German, but becoming a particular burden on the poor. While waiting for a more intelligent plan to emerge from the government, the Environment Minister offers citizens his own money-saving tip: “When I cook, I try to keep the lid on the pot.”

But just when we’re about to throw up our hands and say, you can’t fix one thing without ruining something else, there comes this headline: Renewable Energy to Be Price Competitive in Western U.S. by 2025. In other words, renewable energy without subsidies! Huh?

It seems that 30 of the US States mandate that a certain percentage of electrical utility capacity must come from renewable energy sources. The mandate is called a Renewable Portfolio Standard (RPS), and the required percentages are significant — all are at least 10%, and some are much larger: 30% in Colorado and New York, 33% in California (by 2020) and a whopping 40% in Hawaii. A recent report finds that for the Western states at least, even after the mandates are met, renewable energy sources will be cost-competitive with the newest traditional technology, which will be combined-cycle natural gas-fired power plants.

It’s tempting to draw conclusions from these latest headlines, but in fact there are dozens, perhaps even hundreds of public policy experiments taking place across the world that relate to renewable energy. Some are utility subsidies charged to the consumer, like the German approach. Some are based in regulation, similar to RPS. And government subsidies to assist renewable energy, such as China’s notorious solar energy subsidies, may be intended as industrial policy but are having the side effect of lowering the cost of renewable energy for everyone.

We should rejoice in this disagreement, because no one knows all the answers, and in fact the best answer is probably different in each local environment. By having all these political-social-technical-marketbased experiments ongoing, we can learn from one another. Hopefully, we’ll find a combination of energy approaches that will keep us from falling off a hydrocarbon “cliff”, whether that occurs next week or a century hence.

Does your State have a renewable energy policy? Should it be changed? What do you think?