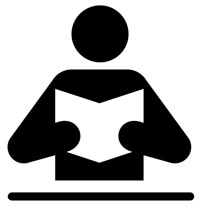 If you’re interested in technology, you’ll enjoy reading this week’s New Yorker Magazine.  It’s the November 25, 2013 issue and has not one but two long science articles.  They’re so well-written that I don’t feel a need to comment, except to point them out for your enjoyment.

The Love App: Romance in the world’s most wired city, on pages 88 to 95, describes a Korean smartphone app that’s so popular that more than half of Koreans in their twenties have used it, or currently use it.  The app is called Between, and here’s a great quote from the article that places Between in the social media context:
If Facebook is a high-school reunion and Twitter is a cocktail party, Between is staying home with a boxed set and ordering pizza.
Between is distinctive in being not a group app, but purely a couples app.  Its proponents believe that it might bring back Romance!

Auto Correct: Has the self-driving car at last arrived?, on pages 96 to 109, takes a visit inside the secretive Google X lab, a place journalists rarely penetrate.  It describes startling progress in self-driving cars during the past few years.  Google’s intense effort to make Google Maps a complete picture of the world has brought them a bonus: they bring a more comprehensive systems approach to the problem of the vehicle that drives itself, and some folks feel Google is actually ahead of the car companies in developing this technology.

If you’ve read this week’s New Yorker, what do you think of these two articles?