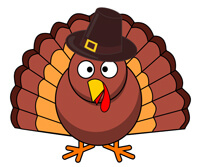 Science Fact: Did Benjamin Franklin really recommend the Thanksgiving turkey instead of the bald eagle as the American national bird? Well, not quite. The best explanation I have seen comes from the American Heraldry Society in an article no longer on their website. I offer this link, which has part of the information, and then proceed to summarize the Heraldry Society information.

Franklin was Ambassador to France from 1776 to 1785. In 1784 Franklin wrote a letter to his daughter complaining about the Society of the Cincinnatti, an organization formed by former officers of the Continental Army. Because of its hereditary nature and its fancy “Ribbands and Crosses”, to him it smacked of aristocracy. In his letter, Franklin considered it contrary to the principles under which the United States was founded:
I only wonder that when the united Wisdom of our Nation had, in the Articles of Confederation, manifested their Dislike of establishing Ranks of Nobility, by Authority either of the Congress or of any particular State, a Number of private Persons should think proper to distinguish themselves and their Posterity from their Fellow Citizens, and form an Order of hereditary Knights.

This organization that Franklin despised had devised a coat of arms featuring a bald eagle, but many thought it resembled a turkey. Franklin then says:
For my own part I wish the Bald Eagle had not been chosen as the Representative of our Country.

Although this seems to diss the U.S. emblem, in the context of the letter Franklin is actually referring to the badge of the Cincinnatti, which one of its members had brought to France to have manufactured. He’s saying that the retired officers are seen by others as “representatives” of their country and therefore should act more responsibly. His complaint is not directed to the Continental Congress’ previous adoption of the bird, but to the choice made by the “gallant Officers of America” for their Society.

Since the whole purpose of his letter is to criticize the pretensions of the Cincinnatti, his next paragraph may be intended as a joke:
For in Truth the Turkey is in Comparison a much more respectable Bird, and withal a true original Native of America… He is besides, tho’ a little vain and silly, a Bird of Courage, and would not hesitate to attack a Grenadier of the British Guards who should presume to invade his Farm Yard with a red Coat on.

Franklin did not hesitate to adopt the U.S. coat of arms with its bald eagle for his official duties: he printed it on the title page of a French translation of the Articles of Confederation. And ironically, the year after his letter, Franklin was elected an honorary member of the Society that he had criticized in private.

Science Speculation:  Such serious discussion begs for a bit of levity, so let me tell a Thanksgiving story:

A young man named Jim received a parrot as an early Christmas gift. The parrot had a bad attitude and an even worse vocabulary. Every word out of the bird’s mouth was rude, obnoxious and laced with profanity. Jim tried and tried to change the bird’s attitude by consistently saying only polite words, playing soft music and anything else he could think of to clean up the bird’s vocabulary.

Finally, Jim was fed up and he yelled at the parrot. The parrot yelled back. Jim shook the parrot and the parrot got angrier and even ruder. Jim, in desperation, threw up his hands, grabbed the bird and shoved him in the freezer. At first the parrot squawked and kicked and screamed. Then suddenly there was total quiet. Not a peep was heard.

Fearing that he’d hurt the parrot, Jim quickly opened the door to the freezer. The parrot calmly stepped out onto Jim’s outstretched arms and said, “I believe I may have offended you with my rude language and actions. I’m sincerely remorseful for my inappropriate transgressions and I fully intend to do everything I can to correct my rude and unforgivable behavior.”

Jim was stunned at the change in the bird’s attitude. As he was about to ask the parrot what had made such a dramatic change in his behavior, the bird continued…”May I enquire as to what the turkey did??”

Happy Thanksgiving to you!