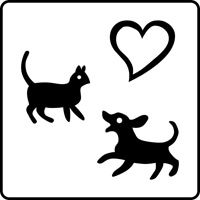 Science Fact:  Pets are a big part of life in the United States.  Most visible are the 96 million cats and 83 million dogs that live in our households.  But many families have other animals that they consider to be pets: birds, fish, reptiles, horses, and “small animals.”  The latter are also called pocket pets, by which are meant hamsters, gerbils, guinea pigs and various kinds of mice and rats.  In total, these household residents total 400 million, a good sight more than our 319 million U.S. population.  And there are many more animals living as strays: an estimated 70 million cats and at least an additional 30 million dogs.

Pets also constitute a good-sized industry.  Although the pet business is not a large market segment, it still amounts to $55.5 billion per year in the U.S., over a third of a percent of GDP.  Of this, 47% is medicine, supplies and veterinary services; 38% is food; and the rest animal purchases and services such as grooming and boarding.  With 115 million households in the U.S., the average home spends almost $500 per year on its animals.

Although pet nonowners may consider pets as merely entertainment or an indulgence, pet owners often think of pets as members of their family.  Just as the health of family members depends on the sniffles and colds brought home by the children, our health also depends on the pets with whom we live.  And the overwhelming evidence shows that pets are in fact good for our health.

Consider infants and children, in many ways the most vulnerable members of the family unit.  A study of 397 babies born in Finland found that kids with dogs were 31% more likely to be healthy than kids without pets; and kids with cats, 6% healthier.  The healthier kids got fewer infections and had to take fewer antibiotics, indicating that they had stronger immune systems.

As we have pointed out when discussing other research studies, this is only an association, a correlation – it doesn’t prove that pets cause good health.  So a more appropriate study is to see how people’s health changes after they bring a pet into their home.

In this case also, the evidence is quite convincing.  A detailed review in the journal Circulation compares people before and after adopting a pet.  Those who adopt a dog, not surprisingly, show a substantial increase in physical activity with corresponding cardiovascular benefits.  And those who adopt either a dog or a cat show less stress – to be precise, a reduced physiological response to stress, as shown by blood pressure, heart rate and plasma renin activity (the latter is an enzyme that regulates blood pressure).

Science Speculation:  We can conclude that pets provide a host of health benefits: they tend to improve our immune response, presumably by exposing us to a variety or bacteria and stimulants at a low level; they (especially dogs) improve hearth health by encouraging us to get more exercise; and they relieve stress.

If pets have such a positive effect on the health of the humans in their household, should pets be prescribed as a boost for our immune systems, or as a positive psychological influence?  Perhaps so, but the medical profession is reluctant to take that step.  For example, the American Heart Association says “experts aren’t recommending you get a pet just to reduce your heart disease risk.”  And there are downsides to pet ownership, including the fact that they can aggravate already-existing asthma and allergies.

But here’s some good news: you might not even need to own a pet to gain the benefit.  You can befriend a neighbor’s cat, or accompany a friend taking his dog for a walk; you can volunteer at a pet shelter or a facility that trains service animals; or, you can even get some of the benefits from a robotic pet or virtual pet, also called a digital pet!

Do pets play a role in your life?  If so, do you think they enhance your health?