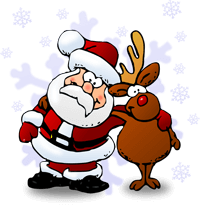 Reindeer are the #1 popular animal of the holiday season. This time of year, they even edge out pandas, puppies, baby elephants and pocket pets. Here are eight things you might not have known about Rudolph and his real-world cousins.

A Reindeer By Any Other Name…

The reindeer is the only species of deer in which both the females and the males grow antlers. The male’s antlers tend to be larger than the female’s, in some cases growing to a width of 39” and a beam length of 53”. Considering that a large reindeer’s body length is only 84”, these impressive racks mean that reindeer have the largest antlers relative to body size of any living deer species. 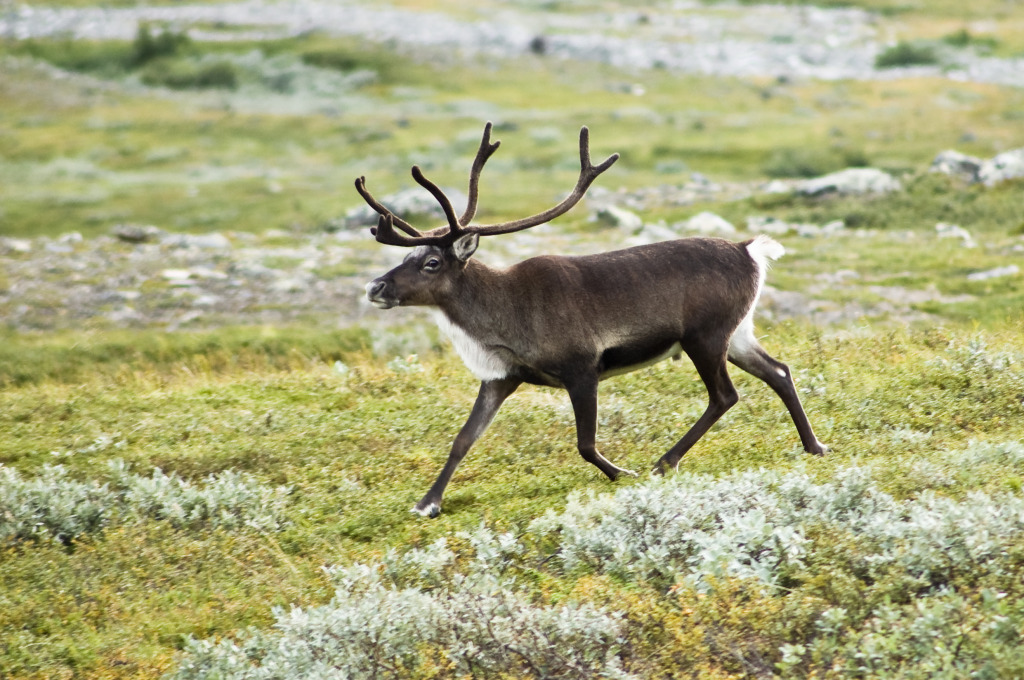 Reindeer on the Menu

Reindeer meat is popular in the Scandinavian countries and Alaska. You can find fresh, dried or smoked meat as well as reindeer sausages and meatballs. Sautéed reindeer is the best-known dish in Lapland, which is the broad geographic term for the native region of the Sami people.

The concept of reindeer pulling Santa’s sleigh did not become firmly established until Clement Moore’s 1823 poem A Visit from St. Nicholas, often called ‘Twas the Night Before Christmas after its first line. This poem, which Moore wrote for his children, is largely responsible for our concept of Santa Claus today, including his appearance, his arrival on Christmas Eve (not Christmas day), his means of transportation, the names of his reindeer, and the idea that he brings toys to children. Prior to Moore’s poem, popular stories about Christmas varied considerably. As a respected professor of literature and divinity at the Episcopal Seminary in New York City, Moore was reluctant to claim such an unscholarly manuscript and did not officially admit authorship until 1837.

The portion of Lapland that lies in Finland claims itself as the home of Santa Claus and his reindeer. Lapland used to provide a tourism blog answering such critical questions as: How old is Santa? How long is Santa’s beard? How tall is Santa? and What is Santa’s favorite food?

Alas, that article no longer exists, so I have appended it for you here: Did You Know This About Santa? The Lapland site instead offers an article about visiting Santa Claus country as a tourist.

Although Clement Moore popularized the flying reindeer, a fascinating BBC report suggests another, older origin. Amanita muscaria is a mushroom that grows in the far north. It’s not only photogenic, but also highly hallucinogenic. The native Siberian people use these mushrooms recreationally and in religious rituals and the visions they experience probably include the sensation of flying. It turns out that reindeer also like the mushrooms: they dig under the snow to find them and eat them. When the native people observed reindeer prancing around in an intoxicated way after eating the mushrooms, they might have figured the reindeer had visions of flying too! 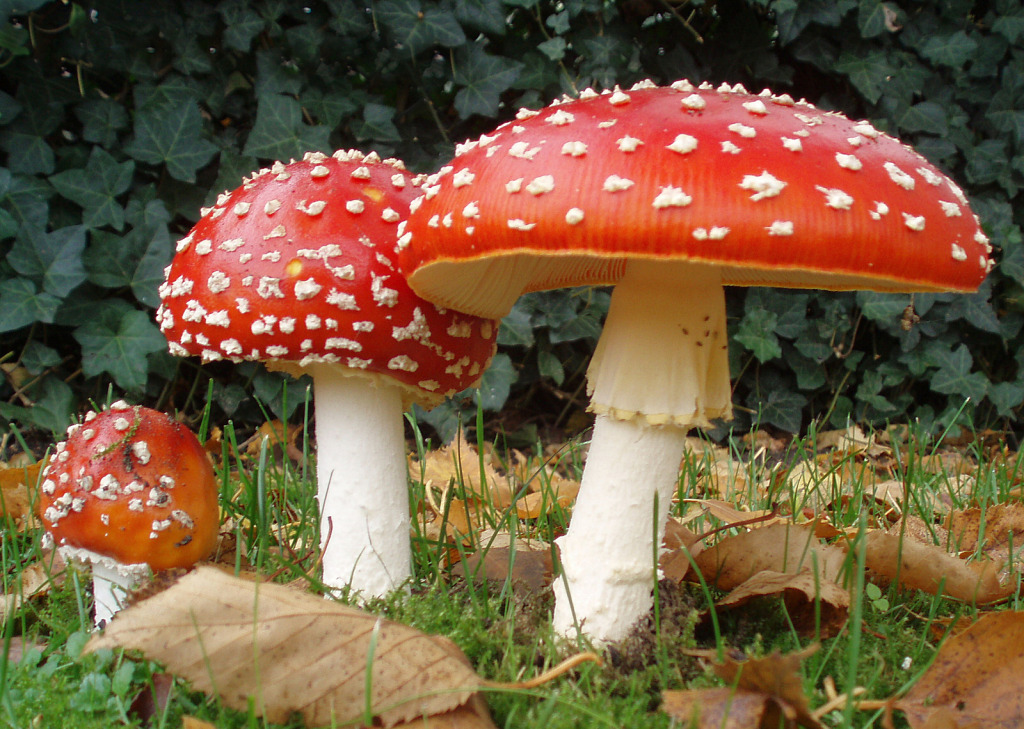 Rudolph is a Modern Invention

Rudolph the Red Nosed Reindeer did not arise from folklore: he was invented in 1939, and we know who invented him.

Montgomery Ward Company wanted a Christmas story they could give away to their shoppers as a promotional gift at Christmas time. They assigned one of their copywriters, Robert L. May, to write a children’s story featuring an animal. He conceived of an “ugly duckling” story about a young deer, and tested it on his four-year-old daughter to make sure it was kid-worthy. He had to lobby strongly to get his story accepted: at the time, a bright red nose was associated with alcoholism.

Montgomery Ward gave away 2.4 million free copies of the Rudolph booklet in 1939, and 3.6 million more as soon as World War II restrictions on paper ended. Used copies of the 1939 booklet are inexpensive and readily available; however, a collectors copy of the first printing (a version in which the airplane has three propellers) will set you back $1,000 to $4,000.

May’s wife had died from cancer while he was finishing the story and May became submerged in a mountain of hospital bills. In 1947 the company president gave May the legal rights to his story to help him cover his debts. May’s sister’s husband Johnny Marks wrote the Rudolph song, which was recorded by singing cowboy Gene Autry in 1949. The story instantly became a modern tradition, and May was able to retire and live off its royalties. May told his story to the Gettysburg Times in 1975, one year before his death. 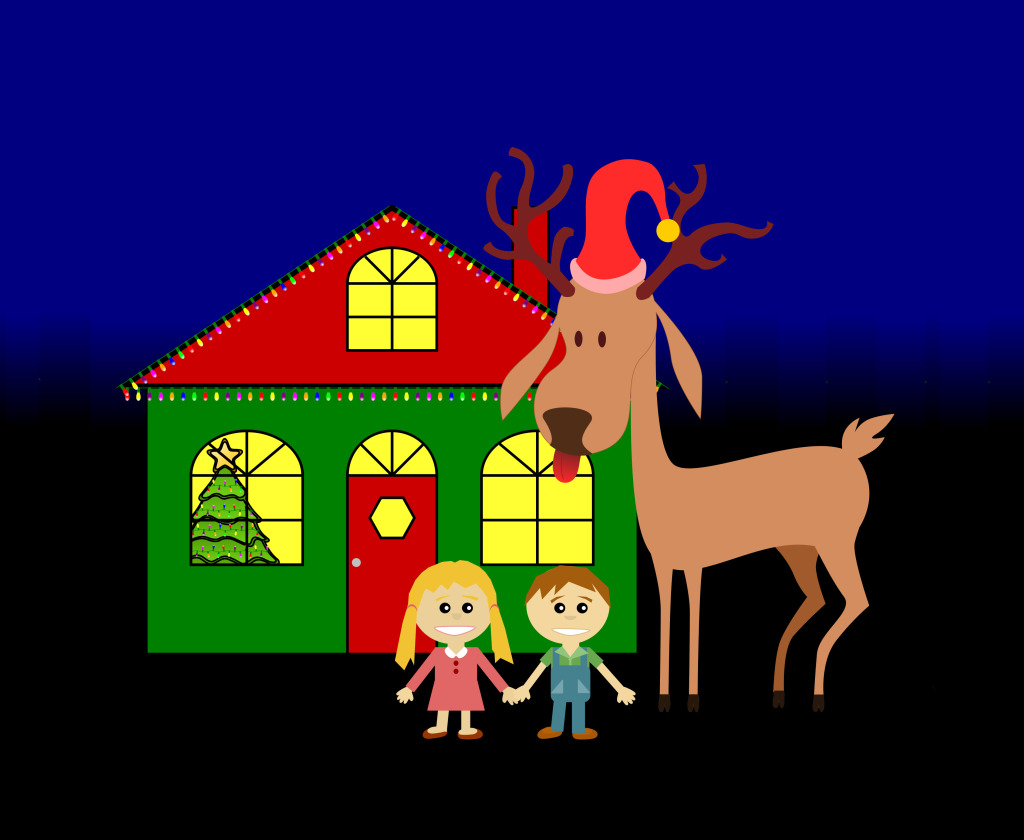 Reindeer at (your) home

That’s reindeer at your home, not at their home. Reindeer vie with Santa and snowmen as a popular outdoor decoration. The traditional wire-frame sculpture accented with white lights is snubbed by those who favor inflatable figures. The champion of them all appears to be the Two Story Inflatable Reindeer colorfully presented by Hammacher Schlemmer. Although their version is currently out of stock, red-nosed alternative versions are available on eBay for a few hundred dollars. I know you’ll rush out to get one of your very own, before that obnoxious neighbor down the block puts his up!

Is there a festive reindeer decoration in your house? How about in your front yard??