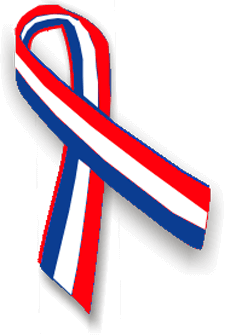 Intellectually, everyone knows that it costs money to run organization. Charity overhead is just as necessary for its operation as taxes are for the provision of government services. Recent research shows how distasteful charity overhead is for donors, and how charities can use this information to almost double the donations they receive.

Many donors judge certain components of charity overhead as acceptable. Here are two examples:
– When not enough volunteers are available to staff the Salvation Army’s red donation kettles, they hire “bell-ringers” at minimum wage to request donations. Standing outdoors all day in Chicago’s winter is not a cushy job!
– The Red Cross has jobs for unpaid volunteers in 26 categories such as disaster services, health and safety instructors, speakers, drivers and clerical support. However, there are over 500,000 volunteers, and it’s plausible that it takes some portion of the 30,000 paid Red Cross employees to coordinate volunteer work and ensure that services are delivered where they are needed.

Donors want to be happy, feeling good about their donations. However, their attitudes toward other types of charity overhead range from suspicion to outrage. Here are two biggies:

Fundraising costs are out of control at a few charities. In June 2013 the Tampa Bay Times highlighted “50 worst charities” that together raised $1.3 billion, but sent $1 billion of it out to professional fundraisers. This is more than twice the maximum that should have been spent to raise this much money, if the charities had operated legitimately. Much of the rest went to lavish payrolls, leaving less than 4% of funds collected for distribution to those in need.

The Federal Trade Commission followed up in May 2015 by charging four cancer charities of fraud, and of wasting more than $200 million of donor money.

The largest charities are big businesses, and businesses have to pay their executives well enough to acquire and retain capable management. However, some charities seem ready to over-reward their paid leaders: CharityWatch lists 16 charities paying an executive over a million dollars a year. In the case of three of them, the highest paid executive receives over two million per year.

It’s instructive to take a closer look at the three “multimillionaires”:

Memorial Sloan-Kettering Cancer Center shows their revenues in two Form 990 reports with the IRS, one as a specialty hospital and one as a fund raising / distribution organization. The total revenues reported (December 2013) were $4,867 million. Thus this charity is an almost $5 billion organization, so we might not be surprised to learn that they pay their surgery chairman (an MD and neurosurgeon) $2.6 million per year, about one-twentieth of one percent of the revenues.

The Heritage Foundation reports revenue of $103 million in its 990 report (December 2013). Its highest paid employee is a past president, whose compensation is $2.7 million per year, about 2.6% of revenues. Some would question this level of compensation, which is, relatively speaking, 52 times higher than Sloan-Kettering.

The NRA (National Rifle Association) Foundation reports revenue of $43 million in its 990 report (December 2012). Its highest paid employee is its treasurer, whose compensation is $2.4 million per year, about 5.6% of revenues. This executive earns 112 times as much, for the size of his organization, as the physician who heads Sloan-Kettering.

Some amount of charity overhead is clearly a necessity, yet it generates emotional reactions that keep it from being accepted rationally. This dilemma invites a research project to clarify the issues, and a revealing study was carried out by economics and strategy Prof. Uri Gneezy of UC San Diego and the University of Amsterdam, with colleagues at UCSD.

The research team conducted two studies: a real-world experiment in 2013, followed by an in-university experiment in 2014. We’ll summarize the results, and see what conclusions can be drawn.

For the real-world portion of the study, the researchers enlisted an anonymous educational charity and had them send out 40,000 solicitation letters to potential donors. The letters were equally divided into four types:
– Control: A standard request for donations for an educational project, with suggested donation $20, $50 or $100.
– Match: A request stating that a matching donation had been pledged, so that whatever amount was given would be matched by an equal donation committed by a large donor.
– Seed Fund: A request stating that the donation would be added to a seed fund that already had one-half of the money needed to get the project going.
– Zero Overhead: A request stating that a large donor had already agreed to pay all the overhead for the solicitation, so that 100% of funds donated would go directly to the project.

When you think about it, the “zero overhead” promise is an obvious ploy, and one that is not kept a secret from the donor. After all, the Zero Overhead letter stated that another donor was paying the overhead, so the overhead was not being eliminated, it was just being assigned to a different cost account. Nevertheless, because the letter promised that this donation would go 100% to the charity’s project, the donor’s perceived marginal return was so immense that this approach blew away all the other approaches in terms of effective fund raising.

To gain increased insight, the experiment was repeated in 2014 with a group of 449 UCSD undergraduates, of whom the majority (65%) were male. Each volunteer was given a choice of how to divide a $100 donation between two legitimate but little-known charities, one aimed at childhood education and the other at safe drinking water for developing nations.

When the overhead was 50% and it was stated that the project overhead had already been paid by another donor, the percentage of donations was 71%, statistically indistinguishable from the 73% in the 0% overhead case. In other words, the mere statement that the overhead had been pre-paid caused the donor to ignore the undesirably high overhead and act as if it didn’t exist.

Both the real-world and the university studies seem to say that it doesn’t matter what your overhead is – if you get it pre-paid by another donor, from then on aversion to your charity overhead simply disappears!

Experts in charitable giving were quick to object. A typical reaction (from Tony Ord, a philosopher at the University of Oxford):

“Overheads are already a bad way to assess a charity… this takes a bad metric and either nullifies it or exploits it, depending on how you look at it.”

Ord goes on to say that charities should focus on improving their effectiveness rather than using a “trick” to make a donor think they are more efficient.

The truth is that charity overhead has seized the attention of donors because it is easy to measure and because the U.S. government requires that it be reported by all tax-exempt organizations. What are more important are the results actually achieved by the charity, but those are notoriously difficult to measure. Moreover, some charitable missions may legitimately require more overhead because they are more expensive to administer.

All this leaves the potential donor – you and me – with a dilemma. How can we get the best results for our donated dollar, to address the social problems that we care about? We will not be happy if it seems that our donation is being wasted. The second part of this post, Charity 2 – Charity Ratings, lays out practical advice for choosing the best charities for our purpose, whatever that purpose may be.

Is charity overhead a concern for you when you donate to a cause? Do you know the overhead percentage for charities that you support?