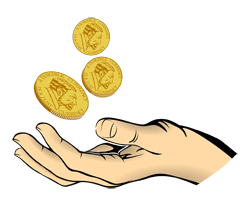 Science Fact. Charity ratings are a practical way for the consumer and potential donor to begin sizing up a charity. Each us wants to live in a better world, and sharing our bounty with a worthy cause helps make that better world happen. But which charities best support the causes that we most value? In this, the second part of the Charity blog, we “rate the raters,” that is, we describe a handful of resources that provide useful charity ratings.

The previous post, Charity 1, summarized research that shows how intensely donors feel about charity overhead, and how charities can sidestep a high overhead problem when they raise funds. However, overhead is only a single factor, and not a very reliable one, to help judge the value of a charity.

I have surveyed rating agencies and I have read lurid media exposés of evil charities. From those I have prepared recommendations so you can be happy about the impact of your own charitable donations.

Fair warning: This is a long post, with lots of detail. If you’d like to skip to the practical advice, jump down to the Conclusions and Turn Gently Aside sections.

If you’d like your money to help someone in need and not get siphoned off to advertisers or overpaid executives, you’re always free to hand it directly to a needy person, or give it to them anonymously. A gift to an individual won’t qualify for a tax deduction, but consider this: just as you should never invest solely for the tax benefit, neither should you donate just for a tax writeoff. A more important objective should be the sound use of your money.

Depending on your priorities, direct payment may not be an option. A next-best choice is to give to a local organization – state, county or city – whose goals line up with your priorities. The closer they are to home, the more likely that you have local knowledge of the effectiveness of their programs, through people you know.

You should favor tax-exempt organizations, even if you don’t care about a tax deduction: because to obtain tax-exempt status, an organization needs to satisfy many logical-sounding requirements. Also, it opens itself to public disclosure and criminal prosecution if it cheats.

If you feel impelled to dig deeper, you can look at Form 990, which all tax-exempt charities file with the IRS. To help you interpret the form and extract key numbers such as fundraising costs and executive salaries, it’s helpful to consult a guide – for example, “Understanding the IRS Form 990“. However, bear in mind that 990 mainly provides financial information and doesn’t speak to an organization’s effectiveness in carrying out its mission.

What about organizations that cannot qualify, or choose not to qualify, for tax-exempt status? Are they necessarily evil actors? Can you be happy donating to them?

Not necessarily. Donations to police and firefighters’ relief organizations don’t get a tax deduction because such groups provide benefits primarily to their own members rather than to the general public. Donations to groups that endorse political positions or candidates such as the League of Women Voters are similarly not tax deductible. (However, LWV has gathered its non-political activities into an Education Fund that is an approved tax-exempt charity.) Thus the lack of tax-exempt status should not automatically disqualify a charity from consideration, if you know that their work supports your personal values.

Alas, local knowledge can take us only so far. What if your interests are national, foreign or global in nature? Most of us are ill-equipped to sort through thousands of charities to find the ones most worthy of our financial support. Moreover, some of the very worst charities (in terms of fundraising expense and executive compensation) have adopted names that mimic the names of respected highly-rated charities – thus it is easy to be fooled into giving to the wrong organization.

A sensible way to proceed is to make use of a handful of independent agencies that provide charity ratings. Some of these agencies focus on national and international charities because local charities are simply too numerous for them to track. Therefore, national ratings tend to be complementary to local knowledge. A sample list of charity ratings for the largest 50 U.S. charities appears in a Christian Science Monitor list, for fiscal year 2011.

Beware: Charity ratings are derived from the paperwork filed by the charities. If the ratings look good, you know that they are probably not mis-managing the donations they receive. However, you still need to decide whether they are actually accomplishing something that you consider worthwhile.

We’ll describe several rating websites and show you the kind of information they provide, using three different charities as examples. I chose these charities not because they are recommendable (they probably aren’t), but because they are highly visible through their advertising:
– Hunger / Children: Feed the Children (feedthechildren.org) (not to be confused with Save the Children)
– Animals: ASPCA (American Society for the Prevention of Cruelty to Animals) (aspca.org)
– Veterans: Wounded Warrior Project (woundedwarriorproject.org) 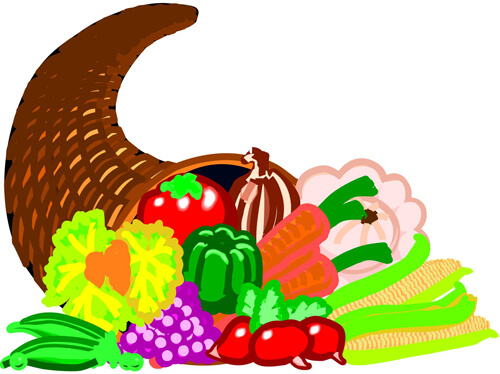 It may seem surprising that the Better Business Bureau rates charities, but in fact they do, through their Wise Giving Alliance. Not surprisingly, the BBB judges a charity as if it were a business. They give a pass-or-fail grade in 20 categories, including: board composition and compensation; self-evaluation of effectiveness; fundraising expenditures and financial audits; and solicitation materials.

Charity Navigator imposes a strict set of criteria before they will evaluate a charity. Among their requirements are 7 years of detailed government disclosures, and that the charity mainly relies on public donations (rather than government grants, or gifts from a single individual). They classify charities according to thirty-five different “causes” grouped into eleven “categories.” This allows Charity Navigator to evaluate charities relative to other charities with similar missions (an apples-to-apples comparison).

Charity Navigator evaluates two main areas: Financial Health; and Accountability & Transparency. In the future, they plan to begin rating Results Reporting, in which they judge how charities measure their own effectiveness. Each charity is then given a rating ranging from a maximum of four stars (excellent) down to zero stars (truly the bottom of the barrel).

FYI, Charity Navigator will show you a list of all their four-star charity ratings – 2,507 of them. I’ll bet you can find a top-rated charity for every cause you find important! 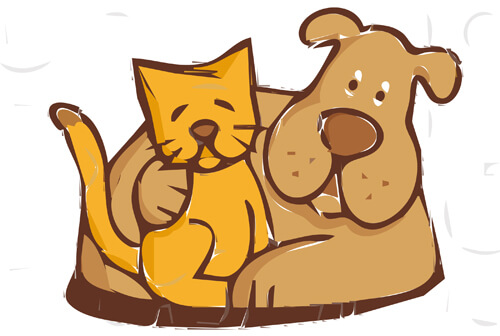 Charity Watch claims that it uses the most stringent rating process of any rating agency, including correcting financial mis-reporting by the charities themselves. It prepares detailed reports on “nearly 600” large national charities and assigns each a charity rating ranging from A+ to F.

If you join Charity Watch for $50 a year you have access to all 600 reports. If you’re not a member, you can still see a great deal of information on their “top-rated charities”. The top rated list contains 220 charities – more than a third of their total universe – in 37 categories, with charity ratings ranging from A+ down to B+. Therefore, if you look up a charity and find it listed on Charity Watch, but the charity description doesn’t tell its charity rating, you know that the rating is B or lower.

Note added 2/5/2019: GuideStar has merged with Foundation Center to form a new organization, Candid.org. Candid is providing many of GuideStar’s services but does not seem to have yet integrated its website.

Candid/GuideStar is remarkable in providing documents for every IRS-registered nonprofit organization in the United States. They are not a rating service, but they offer something equally valuable: donor reviews, imported from the site greatnonprofits.org.

There are some downsides: the reviews are approximately by date, newest to oldest; however, there is no sorting function. Unlike Amazon and other mature review sites, they do not tally the number of 5-4-3-2-1 ratings, nor provide a link to jump to ratings at a particular level. For that reason, it takes some patience to look through a large number of reviews and find those few revealing ones that seem to be more than a pro forma stamp of approval.

I came away from reading the reviews with the conviction that if you want to be happy about your donation, it’s very important to study the financial data for these charities. It’s also important to read the most negative reviews, with a grain of salt of course, for insights. Charities can do a lot of good in spite of high salaries or high fundraising costs; however, a brief search may turn up a much higher-rated charity doing the same kind of work, one which might better deserve your donation. 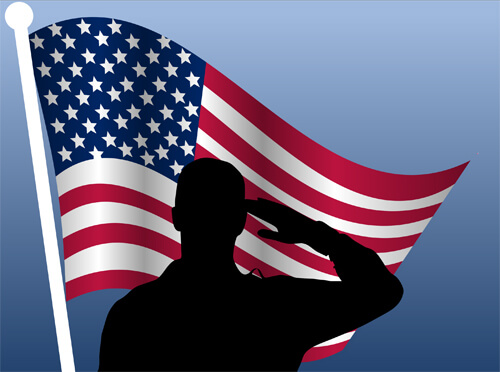 Science Speculation. So much for the data, here comes the speculation: recommendations about how to select a charity, and suggestions for dealing with the continual bombardment of solicitations that we all experience.

The discussion above may be summarized as follows. Here’s how to choose worthy charities for your donation dollar, without making a major project out of it:

All of us are frequently solicited spend money on donations or merchandise. And the solicitations ramp up once you are on a prospect (sucker?) list. I thought it might be helpful to share with you how Nola and I deal with charity solicitations.

Telephone Solicitations. At our home, when we receive a solicitation telephone call, we tell them that we do not accept telephone solicitations from any organization. If they want us to consider a donation, they have to mail us the request. Nor will we make a pledge of any kind over the phone unless we initiated the call ourselves. We try to speak politely, but we do not allow them to keep us on the phone talking.

Telephone Surveys. Calls that purport to be part of a survey often turn into a solicitation or a scam, so we decline all surveys unless we have agreed to them in advance.

We Always Want To Sleep On It. We adhere to an arms-length approach even with organizations that we like and support. Nola and I want a chance to discuss and agree on donations at our convenience and on our own schedule, without someone hanging onto the phone line or, worse yet, in our faces. If you reward an organization (or a telemarketer) with a commission-generating donation, you can expect many more phone calls from the same people.

Group the Decisions. For donations that vary from year to year, we try to group them and discuss them together, typically in November or December. This allows a wiser overall decision to be made, and counters the approach of many charities who ask for money several times a year. For organizations that we always support at a modest level, we renew them when the membership comes due.

No Subscription Donations. We have a policy against making monthly donations of any kind. A monthly subscription becomes forgotten: it’s too easy to let it continue without thinking about it. Making annual, or at least infrequent, donations helps us make a thoughtful decision about each one.