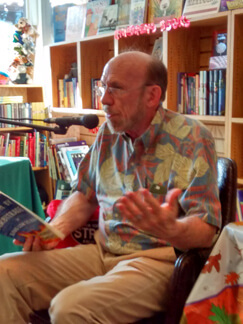 I offer here a quick report on my book-signing trip to Malibu’s Bank of Books, plus a bit of cultural “Art” I squeezed into my weekend.

Signing “Arbitrage” At Bank of Books

Bank of Books bookstore is Malibu’s local book source. (Alas, the Malibu branch has since closed.) Its manager Pam Eilerson was most gracious to host the official release of the third Evan Olsson mystery-and-sort-of-thriller.

The publisher shipped four boxes of books to Bank of Books too soon – which I guess is better than too late. Thus the bookstore staff was tripping over them for weeks. The adjoining coffee shop provided an array of pastries that attendees rapidly consumed.

Best of all were you, my readers and friends, who jammed into the store. (I am the tiny figure in the background of the photo.) My thanks also to those who couldn’t make it to Bank of Books but who wished me well in mind and in heart.

The Bank of Books store sold several dozen of my mysteries, including the first two. They counted this as a very successful signing. Both Malibu newspapers interviewed me and ran stories before and after the fact. I’m hoping that will bring me yet more readers from the local community.

I read scene II-21 from Death By Arbitrage. In it, Evan is kidnapped and locked into his condo, which is then set on fire. Whether, or how, he escapes was left for the Bank of Books audience to discover.

Q and A, both in the group and in the after-session, were far-ranging. Some focused on the books and whether I have a system for writing (answer: creative confusion). Other questions pointed at HRL, one of the labs that inspired the invention of Halsted Aeronautic Laboratory. 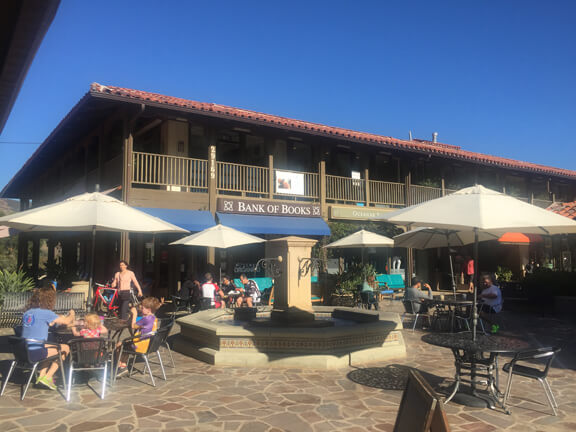 One straightforward question at Bank of Books was not easy for me to answer: to explain the source of HRL’s aversion to publicity. My first thought was to trace it to Howard Hughes’ passion for secrecy. That seemingly arose from his flying injuries. It then strengthened through the lifestyle of a billionaire with an army of clean-living Mormon guards and staffers.

Of course, it’s also true that researchers tend to be chatty folks. And lawyers at the companies who own HRL don’t want scientists saying things that embarrass the owners. Publicity for a consumer products company can bring sales. However, it’s different when your only customers are the owners or government R&D agencies. Publicity for a research lab just brings crank calls and mysterious packages that unnerve the security staff.

While in LA I managed to see the new Broad museum, a great addition to downtown. It consists of large exhibit spaces, most of them devoted to just a few large pieces by a single artist. (Below, as an example, is what may be the world’s largest Keith Haring painting.) The feeling of spacious grandeur persists until you visit the mens room. Paradoxically, it’s a tiny space that puts one in mind of an airplane lavatory. One is not lonely there since it is always elbow to elbow with gentlemen waiting their turn to take a leak. 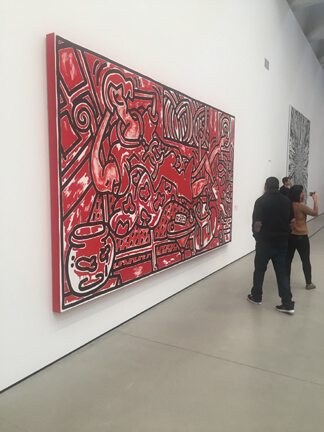 To visit the museum, it’s recommended to get free online tickets well in advance. Otherwise, you’ll find yourself in a block-long standby line for over an hour.

Once you enter the hallowed space, immediately head to the kiosk to the left. There you can get on the waiting list to see the Infinity Mirrored Room, created by artist Yayoi Kusama. It is a completely enclosed room approximately 10x14x14 feet in size. Into this room, one person only experiences their own personal 45-second light show. 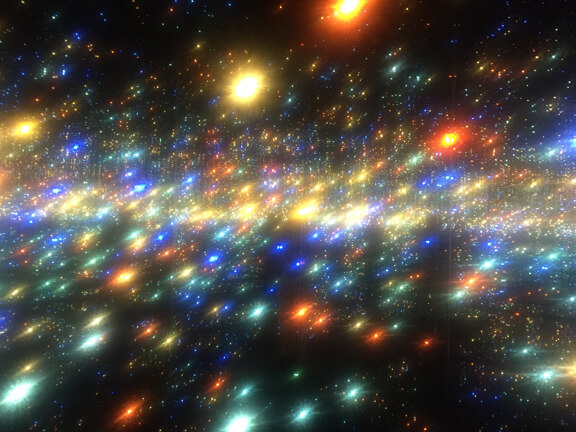 One engrossing exhibit at the Broad is a 64-minute video by Icelandic artist Ragnar Kjartansson. It runs on nine synchronized immense video screens filling the walls of a dark L-shaped gallery room. I recorded the accompanying excerpt as I walked through the crowded space. It briefly suggests the experience of absorbing joyful music among total strangers joined together by the viewing experience. Despite the occasional snotty review, I generally agree with the critics who give this video a thumbs-up assessment. I stayed for only a short time, but I fully enjoyed the sample and hope to return for a larger dose.

The Broad has some nice features rarely encountered in a major museum. You can get up close, really close, to some beautiful and large works of contemporary art. And you can photograph (without flash, without tripod or selfie stick) every item on display. These include both the rapturously beautiful ones and the ones that make you think, well, they needn’t have bothered.

Readers ask me whether I will write yet another book. I purposely wrapped up some multi-book plot lines in Death By Arbitrage so that this trilogy forms a finished package. However, I’m fond of my characters, and there are plenty of other ways for them to get into trouble. In addition, I can’t help but be swayed by the warm reception my books have had at Kirkus Reviews, a widely respected online and print publication. Their enthusiasm has increased with each volume.

I can best explain my attitude about writing by quoting my dear and departed friend Marvin Hayes, a professional singer who also now and then would play a round of golf. For me, golf was a source of great frustration, so I wondered at Marvin’s loyalty to a game that he was far from mastering.

Marvin explained, “Art, when I’m out there I hit my share of bad shots. Maybe, more than my share. But every so often I make a shot that is straight and powerful and flies through the air exactly where I want it to go. And at times like that, I raise my arms to the heavens, look up and say, ‘Thank you, Lord, I’ll be back!'”

My sentiments exactly. If I conceive another story that I think you my readers will enjoy, then I too will say, “Yes, I’ll be back!