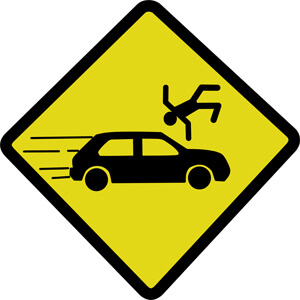 Ethics is the topic of two fascinating recent research studies. One of these studies will protect you from an evil vampire boss! The other will make you hesitate before buying or even getting into a self-driving car

But first: Ethics is a squishy term. What do we mean by ethics, anyway?

The meaning of ethics therefore depends on its context: the speaker, the situation and planned actions. When the term has such variable definitions, how can self-respecting scientists legitimately perform research on ethics?

Amazingly, social scientists have found scientifically sound ways to study ethics. They are not trying to “prove” what is ethical. After all, this sounds rather close to “proving” religious faith. Rather, they are discovering how people feel about and deal with ethical dilemmas.

Bring on the science! We’ll summarize two examples. First, we address the ethics of autonomous (self-driving) vehicles. Then we consider employees who need protection from evil, unethical bosses. 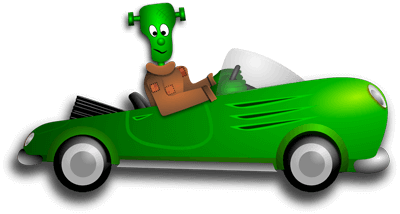 Let’s start with autonomous vehicles. Many people long for the day that their car will drive itself to their destination while they snooze, catch up with e-mail or watch a video. And most of us want to ask the question, will my family and I be safe when I take my hands off the wheel?

However, that’s not the only thing that should make us concerned. Consider this: a self-driving car is basically a car whose driver is a robot chauffeur, a mechanical creature.

The self-driving robotic car has:

The driverless car has to be programmed with rules. Some of them are pretty obvious: if the vehicle is speeding toward a slower object, apply the brakes! But some of them, surprisingly, involve ethics. For example, what should the car do when it can’t stop in time, and wherever it steers, it’s going to kill someone? 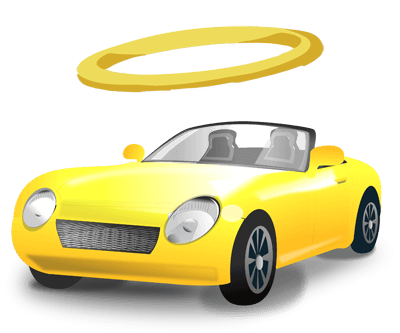 A team of researchers at the University of Toulouse, France, the University of Oregon and MIT studied self-driving ethics. Their work1 appeared in Science Magazine. Science also posted a re-statement of the article with the lurid subtitle “When should your car be willing to kill you?”2

The researchers conducted six online surveys involving almost 2000 U.S. residents between June and November 2015. They used the Amazon Mechanical Turk (MTurk) crowdsourcing service, paying each participant 25 cents for their response. Each survey included an “attention test” which weeded out the 10% of respondents who blindly answered without even reading the questions.

Each of the six surveys dealt with how a self-driving car should prioritize the lives of its occupants versus the lives of other parties, typically pedestrians.

Here’s a shortened version of the questions that were asked. They speak to the ethics of autonomous vehicles:

Kill Me To Save Ten Others???

If you have a cynical view of people’s morality then, I’m sorry to say, this research reinforces your beliefs. Participants strongly believed that other people’s cars should have programming that in an emergency situation, would maneuver so as to save as many lives as possible. However, most participants would not buy such a car: they would only buy a car that that placed top priority on saving the lives of those riding in the car.

The researchers call this a “social dilemma.” That is, everyone wants a free ride, rather than following rules that would give the best overall outcome.

What if governments were to mandate “utilitarian” algorithms, in which cars would try to save the largest number of lives? The researchers point out that in this case, many people would not choose to buy self-driving cars. This would delay the broad use of such cars and therefore many lives would not be saved.

Thus it’s likely that fewer people would die if autonomous cars had “selfish” algorithms that save the driver first. It might be true that innocent people would perish in the rare instance that the car had to make an emergency decision. However, overall more lives would be saved by reducing human-caused accidents.

The ethics of robots has occasioned much discussion, particularly since Isaac Asimov’s famous 1942 Three Laws of Robotics. Despite that dialogue, today we have no general agreement on the rules of robot ethics, nor a reliable way to program those ethics into an autonomous device.

Readers of this blog are smart enough to imagine ways that self-driving technology might evolve that could lead to outcomes with reasonably good morality and life-saving. The key point, and one which the researchers also made, is that the development of autonomous vehicles needs to involve considerable dialogue and discussion with the public, who will be its users or its victims depending on circumstances. And until you are personally satisfied with the ethics of your robotic chauffeur, you might want to think twice before trusting your life to him-her-it. 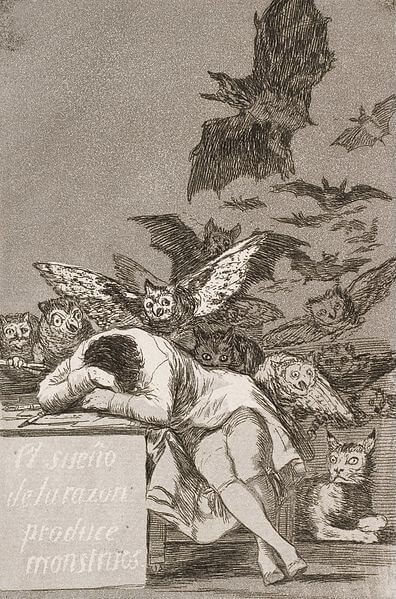 Here’s our other great example of ethics research.

Researchers have investigated workplace morality, in which a supervisor makes unethical, immoral, illegal or downright sleazy requests of a subordinate. Such a demand might involve a white lie about the manager’s absence from work, a claimed expense for which there is no receipt, or a sexual advance.

Do these things happen? Yes, indeed: almost ten percent of workers in a 2013 survey reported feeling pressured at work to compromise their personal code of conduct.

When a boss pressures you at work what choices do you, as an employee, have?

None of these are attractive options!

In a later blog we’ll look at the origins of one of these unethical situations, sexual harassment. This blog addresses a much more urgent question: How do you avoid becoming its victim?

Moral Symbols as a Garlic Necklace 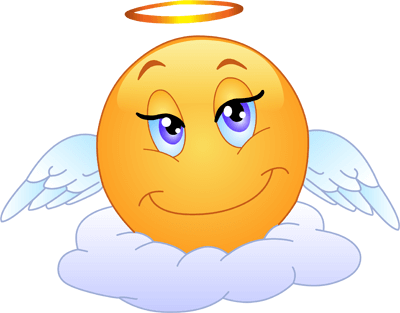 Business school faculty at UNC and Northwestern University noted that once a boss has made a loathsome request, the employee is in a fix.

So they asked, is it possible to ward off unethical demands in advance, before the boss makes them? Their published study bears the provocative title “Moral Symbols: A Necklace of Garlic against Unethical Requests.” (Abstract3; Full Article4) By thus alluding to a folkloric protection against vampires, the researchers are labeling the evil supervisor as a vampire prepared to suck the ethical blood from his powerless, enslaved employees.

The researchers note that in the workplace, people automatically make inferences about the others around them based on social clues. They consider how others dress, how they talk and what they say, how neat or cluttered their workspace is, and visible personal possessions such as photos, books and décor. Thus it’s possible for an employee to signal to his supervisor that he is an ethical person, using small cues that the supervisor may not even register consciously.

How Moral Cues May Influence Behavior

How do these cues protect you from unethical requests or demands? Quoting related studies, the researchers propose these protections from an unethical boss:

The combination of these factors serves to discourage the boss from unethical requests, or at least pushes the boss to make those requests of someone else other than you!

Does appearing to be moral really ward off evil requests? Based on six studies that the researchers conducted, yes indeed! Five studies each involved between 68 and 210 U.S. participants; some were college students and in the case of two studies, some were people recruited by MTurk. The sixth study used 104 supervisor-subordinate pairs in India.

The full article is 58 pages long and I’m not going to try to summarize each study. However, here are some conclusions that might be drawn from the article:

Practical Advice for the Employee

It’s not a good idea to fill your office with Bibles and statues of saints in order to announce that you are an ethical person. Unless you work for a church group, that would be so far out of the norm that you might be seen as a nut, which would certainly interfere with your social acceptance.

It’s preferable to use an approach that is minimal or subliminal in the context of your own workplace. Here are some possible approaches, each likely to do a better job than a garlic necklace:

Thus this research study into business ethics not only helps us understand supervisor-subordinate dynamics, but offers practical advice to be happy at your job! That in turn can help you achieve a more satisfying meaning of life.

We see that ethics research is far from useless. It can protect you from a vampire boss, and it can save your life in a vehicle accident. (As a social scientist might say, “Take that, you smug physical scientist!”)