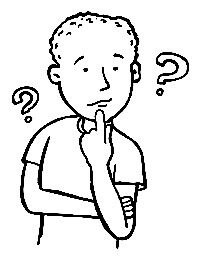 Science Fact:  Contradictory sayings pose a dilemma:  what folk wisdom can we trust?

Call them sayings, adages, proverbs, old wives’ or husbands’ tales, fairy tales, Aesop’s Fables.  These wise words are supposed to serve as shorthand, a quick way to teach and to remember the lessons of life that everyone needs to survive and to thrive.

Then what does it mean when we find contradictory sayings, where the sage advice offered seems completely opposite?  Here are a few to consider:

Haste makes waste
…but…
He who hesitates is lost

It’s almost like:
Look before you leap
…but…
Time waits for no man

Out of sight, out of mind
…but…
Absence makes the heart grow fonder

This is related to:
Familiarity breeds contempt
…but…
Home is where the heart is

Do unto others as you would have others do unto you
…but…
Nice guys finish last.

Traditional wisdom – feh!  Is it true, that we can’t trust anything said by anyone over ____ [fill in your favorite number] ?

Science Speculation: Like the contradictory sayings themselves, possible explanations disagree with one another.  But here are some theories to consider:

– The I Told You So Theory:  This theory supposes that it’s a natural human need to feel that we are “right”.  It gives us the self-confidence we need to navigate life’s ups and downs.  So when the unexpected happens, we can probably dredge up a saying that seems to fit and we can feel, whether we voice the words or not, “I Told You So”.

– The Recognition of Uncertainty Theory:  This theory is a friendlier version of the preceding one.  In this case, the existence of contradictory proverbs gives us comfort, it reassures us that it is not our fault that life is unpredictable.  We should not blame ourselves when things don’t turn out the way we hoped because after all, there are sayings that could have predicted both good and bad outcomes.

The Zen Theory:  The teaching of Zen often uses kōans, which are not riddles or puzzles but which often incorporate the not-necessarily-obvious identity of concepts normally thought to be opposite.  Zen texts often use literary styles unfamiliar to Western readers: allusions which appear disconnected with the main theme of the text; indirect references achieved by making the title of a poem seemingly unrelated to its subject matter; wordplay based on the multiple or contradictory meanings of words that sound the same (when spoken in Chinese!); verses linked together by hidden imagery or obscure references.  Applying these ideas to contradictory sayings, we would say that such contradictions are opportunities for instruction, and for deeper insight into our everyday lives.

The Divination Theory:  Wikipedia tells us that “Divination is dismissed by the scientific community and skeptics as being superstition.”  However, IMO a scientist should be cautious about dismissing anything wholesale, especially when it seems to serve a social purpose.  Divination is not exactly fortune-telling, it’s more of a technique to search for direction when life is confusing.  Years ago I took an extension course on Divination sponsored by UCLA that gave an overview of many practices.  It seemed to me that the underlying theme was to present the diviner with contradictory bits of information.  The struggle to resolve the contradictions was supposed to unlock the seer’s insight to provide guidance for the client.  If it turned out that the insight was useful, you could explain that psychologically by postulating empathic understanding, or you could explain it as a paranormal event.  Your choice.

To these explanations I would add a practical suggestion: if you are facing a decision and feel inspired to use folk wisdom as your guide, first look for two contradictory sayings that seem to apply.  Then ask yourself: are there ways in which both of these sayings can be true at once?  By forcing the contradictions to occupy the same attention space in your mind, you may unlock ideas and options that were previously hidden to you.  It’s a brainstorming technique, used to stimulate creativity.

How do you think about contradictory sayings?  Do they just demonstrate the futility of folk wisdom, or do you have a way to make them help you?