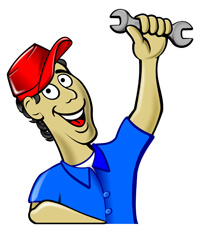 (Non) Science Fact: Unusual jobs are a media standby for slow-news days. And journalists vie to outdo each other in finding odd jobs that will grab the reader’s attention.

However, sometimes unusual jobs appear in the course of a regular news story. For example: a recent news article described the efforts of New Zealand fruit growers to grow kiwi fruit with an edible or peelable skin. And that story included a startling statistic. Namely, that New Zealand has 17 “kiwi sommeliers.” Not tasters, mind you, but sommeliers.

OK, even “kiwi taster” would rank among unusual jobs when there are only 17 in New Zealand and, presumably, in the entire world. However, there are many more such rare birds.

What’s the attraction of these job descriptions? Let us imagine together…

Perhaps I’m having a bad day at work and I’d like to fantasize about a wonderful job somewhere. Or maybe I prefer to sigh with relief that some people have it worse than me.

On the other hand, it may be that a young friend is thinking about careers and I’d like to help out. And so I think, what if there’s some fabulous, little-heard-of occupation that would be just perfect for him or her?

The oddball jobs above clearly provide some entertainment. However, you will rarely find regular full-time jobs advertised under any of these names. Some of these “occupations” are merely one of many tasks performed by someone with a more prosaic job title. And some of them are the fodder of consultants who may get a few hours of work now and then, but who have to hustle if they want to pay the rent that way.

Moreover, most of the jobs listed above have minimal educational requirements. Therefore, if a great job is sitting out there you can be sure that many people will be competing to capture it.

Science Speculation: Since this is a science blog, are there unusual jobs in science that would be fascinating, or exciting, or unique? When I looked around, I found more than a dozen such jobs.

One “unusual jobs” site in particular was especially rich in science jobs. It’s Virginia Career VIEW, a website run by the Commonwealth of Virginia to encourage middle schoolers to think ahead about career choices. It features 27 jobs, each one accented by a cute image of kids doing appropriate things. Moreover, over half of the jobs call for four years or more of college science.

Another great source, though not tweaked toward unusual jobs, is the Bureau of Labor Statistics guide to careers in the sciences.

There’s one important marker of a job that might deserve the serious attention of a young person, or a mature person looking for a career change. A recognized occupation in science will always have a professional society. That organization provides training, networking, career guidance, skills renewal. In other words, all the social connections that accompany a long-term endeavor.

Moreover, that occupational group will (I claim) always be a dot-org. That is, it will have a web domain ending with .org. It will not be one of the many dot-coms and dot-edus that sprout up in every field, intent on advancing their own goals.

Is “.org” a clear label of an authentic professional group? No, unfortunately not. That’s because some profit-making dot-com enterprises misleadingly register themselves as dot-orgs. As a result, you have to be careful. Some of the legitimate dot-orgs consist of groups of scientists. And others are organizations that support companies and individuals in a particular industry.

I wanted to offer a blog that could climb on the bandwagon of unusual jobs. Therefore, here’s a table I compiled of 14 unusual jobs in science. The “Cluster” column refers to the academic field of study that includes this job. And each job listed is an established profession or specialty that you can actually become proficient at and have a career in.

OK, maybe some of these occupations don’t have the same grab-your-arm visceral appeal as Mai Tai Tester or Michelin Restaurant Critic, but still…

The Most Unusual Jobs And Crazy Careers

How to Become an Interior Designer