Science Thinks Out of the Box to Extend Lifespan…

Long life is a perennial yet elusive goal. Ancient writings, including the Bible, abound with stories of people living far beyond today’s lifespans. Longevity was considered an award for virtue, or an endorsement by God (or, by the gods).

We don’t want just any long life, of course. We want a long life in top health, with full mental faculties and without pain. This is a state we sometimes call healthspan.

The ultimate in life extension is to become immortal. We have previously discussed how you and I might attain immortality. We covered both high-tech and non-tech approaches. But these paths to immortality may strike you as improbable (if taken literally) or insufficient (if taken figuratively). In which case, you might settle for simply long life.

If so, you are in good company. George Burns’ How To Live To Be 100 advocates prunes and oatmeal, and it worked for him! But that’s only one book of the thousands that advise you how to have long life gracefully and happily. How about the science?

Medical science has not been asleep. But conducting research into long life is almost as complicated as understanding life itself. There are simply too many possible threads to unravel. For example:

Progress is so impressive that Google’s chief futurist guesses that by 2029, medical advances will add one more year, every year, to your life expectancy. You shouldn’t bet money on one optimistic prediction, but it’s nevertheless true: medical science is already making significant progress toward long life.

Today’s blog is about none of the above. Instead, we’ll discuss three radical new approaches to achieve long life. They are superficially quite different, yet have an inner theme that unites them. Each is a long shot and not endorsed by the medical establishment. Nevertheless, each is the subject of ongoing research by bona fide credentialed scientists, and may turn out to change medicine’s understanding of how to achieve long life.

Here are the three paths being pursued for long life:

The Zombies Within You

These three approaches are quite different, yet they relate to the same underlying problem: zombie cells.

Zombie cells, also called senescent cells, are a central feature of the problems of old age: arthritis, frailty and diseases like Parkinson’s and Alzheimer’s. Zombies are cells that no longer carry out normal functions, yet they are not completely dead. Therefore, the body does not clear them out and they accumulate. Animal studies have shown that removing zombie cells, or prompting the body to do so, can improve health and long life. 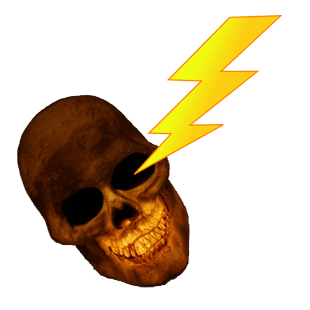 Senolytics is a term coined by researchers at Mayo Clinic to describe drugs that target zombie cells. The Kogod Center on Aging at Mayo, led by Dr. James Kirkland, is conducting human studies using drugs that target senescent cells.

You might ask, why would anyone think that using an anti-cancer drug plus a nutritional supplement would be effective against a progressive dread disease? As far as we can judge, it’s something like this sort of thing:

Despite the small number of participants, this study was remarkably successful. Participants improved their physical strength and endurance, lung function and other measures.

Researchers plan additional studies using DQ and similar drugs to test whether they are so effective in clearing out zombie cells that they are able to combat some of the universal illnesses of old age, as our first new approach to long life.

Senolytics are a promising direction to address long life. However, at this time, there are many drug options to try, yet a limited understanding of their long term effects. 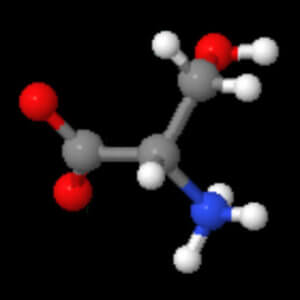 Fortune magazine recently highlighted yet another researcher pursuing the secrets of long life. Paul Cox is an ethnobotanist, a scientist who studies how native people use and consume plants. Yet he is also the leader of a privately-funded research lab looking at the long life potential of one of the amino acids, L-serine (empirical formula C3H7NO3).

How did he conclude that an amino acid that the body manufactures and uses naturally might also hide longevity secrets? It’s a long story (how long do you have?…)

From ALS to Longevity

Based on the ALS results and the Okinawa data, L-serine and perhaps other amino acids might help long life by protecting against neurological diseases. Analogy with the BMAA studies suggests that L-serine supplementation might protect neural processes from degradation. On the other hand, since Okinawans generally consume fewer calories than Westerners, their long life might also be a result of calorie restriction.

What’s the mechanism? If environmental neurotoxins operate by creating zombie cells, then L-serine may act by reducing the number of senescent cells that form. Thus it potentially acts to prevent zombies rather than to help clean them up.

Digression: Pharmaceutical grade, US-manufactured L-serine is readily available from The Serine Store. (I mistrust low-cost substitutes from overseas.) A 5-gram dose would bridge the gap between the US and the Ogimi diet. As a potential bonus, a study has shown that a 3-gram dose improves sleep quality. With the approval of our doctor Nola and I are trying one teaspoon (3.4 grams) as a dietary supplement before bedtime.

Fasting Casts Off Its Murky Origins 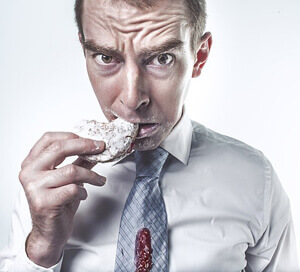 Now let’s talk about food. Not about eating food, but about not eating food. And I don’t mean starvation. I mean the choice not to eat food that we have.

Choosing not to eat comes in several forms, such as voluntary calorie restriction, complete or partial fasting and intermittent fasting. But let’s use fasting as a generic term.

After eons of searching for and chasing after food, how did we crazy humans get the idea of choosing not to eat food that we had? I have not seen a pre-history analysis, but we can at least trace fasting back to the Greek physician Hippocrates around 400 BCE.

Among the medical treatments recommended by Hippocrates was fasting: “to eat when you are sick, is to feed your sickness.” The ancient Greeks tried to learn by observing nature, and had noticed that most animals don’t eat when they are sick. It was not much of a stretch to believe that fasting might help a sick human too – especially since sick humans often just don’t feel like eating.

If fasting could restore health in a sick person, then it might confer benefits even to a healthy person. The Buddha advocated skipping the evening meal to convey feelings of “buoyancy and strength.” And there is hardly a religion that does not advocate fasting. In fact, religious fasting may pre-date Hippocrates: the Torah’s advocacy of “self-denial” during Yom Kippur is typically interpreted to mean not eating or drinking during the entire day.

Largely because of its religious connection, fasting is often considered to be an act of cleansing and holiness. For that reason, some modern diets have introduced limited fasting as a way to detoxify the body and promote its good health.

The further idea of fasting for long life seems to date to Luigi Cornaro, a Venetian living around 1500. At age 35 Cornaro’s health was failing due to gluttony, so he adopted a very restricted diet which he credited with giving him a long healthy life. (He died at 102, so it must have worked!) 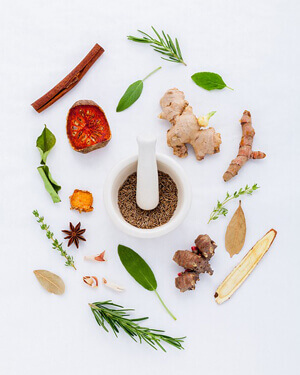 Scientific study of fasting for long life dates from the calorie restriction studies of 1935. Clive McCay and colleagues at Cornell University found that by limiting rats to 70% of their unrestricted food quantity, their lifespans were increased by 33%. They obtained the same results with guppies, spiders, protozoa, flies and yeast.

Why does calorie restriction encourage long life? We can address this question two ways: from a Darwinian survival-of-the-fittest approach, or in terms of molecular processes in the body.

The Darwinian answer is that low food availability causes an organism to postpone reproduction, waiting for better conditions. The animal puts its energy into maintenance rather than reproduction, and therefore lives longer.

At this time, it’s unproven whether voluntary calorie restriction would lead to long life in humans. What is known is that reducing our calorie intake by 25% or more can lead to health problems, and moreover is viewed by many as “a way to extend life by making it not worth living.” For these reasons, today there is more interest in fasting, in particular intermittent fasting, which provides long life benefits with fewer downsides.

The word breakfast (break + fast) labels a meal that ends a night of fasting, when we are presumably sleeping rather than raiding the fridge. If you are not a continual nosher, you are in fact an intermittent faster.

Long life takes a long time to measure, but there are more immediate ways to see whether your body is responding to a brief fast. A mere 10 or so hours of fasting does not have much effect. However, a fasting period of 18 to 24 hours reduces blood insulin. This in turn increases lipolysis, the breakdown of fat. Intermittent fasting may also increase autophagy, a recycling of cellular material that relates in a complex way to cell senescence and aptosis. 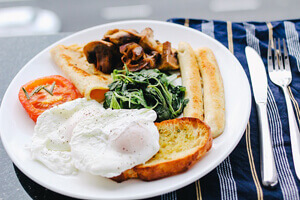 There are many proposals to incorporate fasting into the human diet with minimum pain and minimum risk to health:

No one knows whether any or all of these may support long life. Due to the lack of long-term studies on humans, no one should embark on a long-term fasting diet without guidance from a physician or nutritionist.

Note added 7/26/19: A news article reports new research indicating that eating only between 8 am and 8 pm can reduce hunger and control weight.

This discussion has touched on three approaches to long life. Each is a radical departure from studies that attract the biggest research dollars: defeating serious diseases, replacing body parts, and genetic manipulation. Each may turn out to be a dead end, with only limited practical application. Nevertheless, one or more of these may turn out to be part of an accepted future recipe for attaining long life.

What’s your attitude toward little-tested long-shot ideas for long life? How much evidence would you want to see before trying one of them yourself?